IPWSO at ESPE "Why wait for obesity to diagnose PWS?"

Dear IPWSO members,
I just wanted to give you an update on our IPWSO awareness booth at the ESPE conference.  Although it is the “European Society for Pediatric Endocrinology”  there are 2,500-3,000 participants from all over the world – and I mean all over the world.  Giorgio and I are both invigorated and exhausted!  We were just crazy busy today with people stopping by our booth for information on PWS.  There were times when even with the two of us, we could not talk to everyone or get them all scanned because there were too many at a time, but they all got one of the packets Giorgio put together.

We have extensive packets for those who have no information, packets for those that received information from us before, but were looking for new information, and crisis packets for those dealing with weight and behavior issues.  I also brought a suitcase full (75) of our brand new growth hormone books that we created and printed at PWSA (USA).  Between Giorgio’s 9 cartons and my suitcase full, we only have 3 cartons left and have 2 ½ days to go!  We are looking at ways to stretch the information.
Giorgio has been able to recruit physicians from three countries where we are not represented to be the IPWSO professional delegate.  We have also made contact with the key people at the two pharmaceutical companies that have the indication on GHT and PWS.  Having the new GHT booklet helped to peak their interest.  One physician from the country of Georgia even personally brought Giorgio blood samples to the conference in order to get the free diagnosis services we provide in collaboration with BIRD.  Another physician from Vietnam stopped to personally thank IPWSO for the free diagnosis services.  They are now getting children with PWS diagnosed in their country.
Giorgio and I make a good team for these conferences.  I handle the medical questions, but Giorgio is really the impressive one to watch in action.  He can greet people in almost any language and have conversations in 6-7 languages.  He also knows the delegates in all of the countries, so can discuss that with them.  He also works very hard to get all of the materials together (I send him the new articles we need to add) and knows the details on how to ship internationally – and of course, is renowned for being frugal!  He knows the conference organizers and they treat us well.  We have a great corner location for our booth.  As always, we are not in the fancy hotels with the doctors, but in a cheap one and Giorgio drove 4 hours to fly out of an airport where the flight was much cheaper.
I am sharing this information so you can appreciate the significance of this important education service we offer, and the collaborative efforts between IPWSO, BIRD, and PWSA (USA).
Warm regards,
Janalee Heinemann, MSW
Vice President, IPWSO
Director of Research & Medical Affairs
PWSA (USA)
Posted by Tui Chizown at 14:29 3 comments:

I don't often go to the pools; I don't like the smell of chlorine, but all this week I have taken my daughter to the pools and watched as she aqua-jogged length after length.  She really seemed to work hard, so today I said I'd brave the water and come in with her.  She was delighted, of course.  She showed me how to put on a body-belt to help flotation, and off she set with me trailing behind. 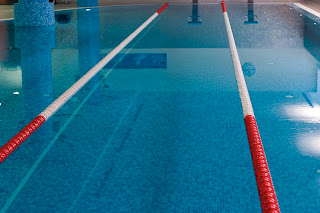 She cheerfully announced that we'd do 30 lengths. I quailed at the thought, but had to appear staunch.  She reached the first length and turned to ask how I was doing.  "Ok", I said, "how about you?"  "Oh," she said, "I'm just fine."  After 10 lengths, she was still in the lead.  After 20 lengths, she announced that we could quite possibly reach our goal and do 10 more, "that'd take us up to 40, then we could try 50".

What had I done to deserve such a hard taskmaster?  She raced me to each end loudly announcing to all and sundry that I was "close to useless".  On and on we went, alternately jogging with feet on the bottom of the pool and then 'cycling', she called it, when it got deep.  I thought it was more like upright dog-paddling.   I was completely out of my depth, metaphorically and physically; there was my daughter, yes, the one with PWS, beating me hollow, with a cheeky grin on her face, laughing as she reached the wall before I did.

Now, quite apart from burning 915 calories for herself, she also won, big time.  Two other women, also water-jogging, shared her amusement, and I smiled as she hauled herself out of the water ahead of me.  I was the one left in the slow lane this time.

Here's another plus:  she's been in a good mood since!

A great little book by Kirsty Reid and Peter SW Davies of the CHildren's Nutrition Research Centre at the University of Queensland, called "Exercise and Phyiscal Activity for Children with PWS" is available from our IPWSO office (cost is postage only).  It talks about activities that will help lose weight, how to maintain interest in exercise and to encourage exercise with pre-schoolers, tye types of games, dancing and music-based activites that can be used effectively and there's a wonderful chart which states the calories lost for each exercise, according to the weight of the person and the time done exercising. 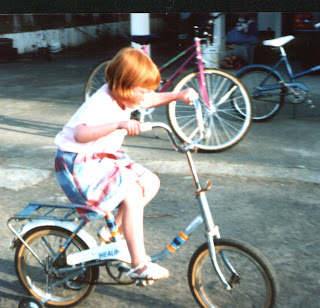 Keeping fit and well, for anyone, is lifetime goal just as it is for people with PWS.  As our children start off in life, their general wellness (quite apart from PWS) is pretty good.  Out of the three of my daughters, the one with PWS was, by far and away, the healthiest of the lot and always seemed to keep good health.  As she ages (now 27), however, all sorts of things start to appear, many of these due to the fact that she is overweight (not having had the benefit of GHT) and being overweight means more stress on not just the vital organs in the body, but feet and ankles, hip joints and just general wellness.

One of IPWSO's medical consultants, Dr Susanne Blichfeldt, has put together a comprehensive document on physical health in PWS.  You can see the full article at our website.   It's full of commonsense, what to look for, what is particularly PWS, and how it affects our sons and daughters.  This is not just for the older person, but a very good guide for the health of our younger children.  It includes eyesight, dental care, the skin, tummy problems, hormone deficiency, joint problems, and a really good checklist for parents and caregivers.

While some issues are obvious, such as overweight, needing glasses, skin-picking, maybe fluid retention in the legs, there are issues that are not so obvious like osteoporosis (with up to 90% above the age of 30 suffering from this), adult onset diabetes (Type II), heart and circulation problems, breathing difficulties, sleep apnoea, sleep problems, constipation.  It's really important to have a good check-list so that both you as a parent or caregiver, know what might be affecting the person with PWS, and for the doctor or specialist to know as well.

Besides that, the more the primary caregiver knows what is possible, the better care we can offer! 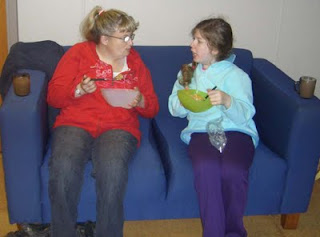 Here's what a great day looks like in Sharon's household - her son Derek has had a really tough year and been in and out of hospital many times, the most recent time being only two weeks ago, but is now on new medication and is feeling great.  So great, in fact, that he scored second best in the Special Olympics golf tournament, skills division, out of a field of around 40 golfers... and won a silver medal!!

Sharon says it was not only a great day for Derek, but for her whole family!

Stories like this just bring a surge of "that's what it's all about" to one's heart, don't they?  We all love it when our kids, young and old, achieve something that once we would never have thought they could.  It's magic just to see them beat the odds and come up smiling.  Derek has had a tough year, but he's really come up smiling this time! 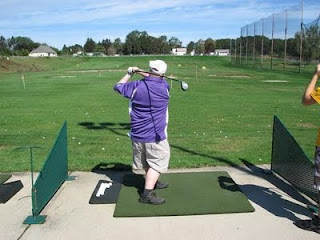 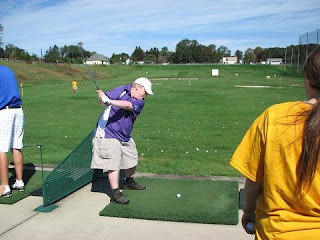 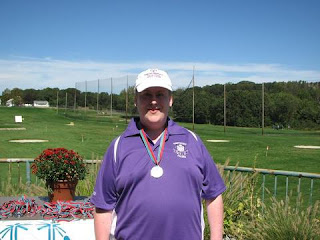 My name is Rob Pleticha and I am the Online Communities Manager at EURORDIS.

We hope all is well with you and your colleagues.  An opportunity has come up, and we'd like to get your thoughts on it and to share the following information with any of your colleagues who might be interested.


EURORDIS is working in partnership with the National Organization for Rare Disorders, NORD, to establish global online patient communities.  The aim of these communities is to help affected individuals and families understand their conditions, connect with others, and access helpful tools and resources.  Ultimately, we hope these communities also will help link patients and families with researchers and clinicians who have expertise in their diseases.  A tool has been developed to provide translation to and from five different languages to help break down barriers that might otherwise exist.
We are currently in the early stages of setting up a community for PWS, and we would be delighted if your group was interested in partnering with NORD, EURORDIS, IPWSO, PWS USA, PWS Romania, PWS India, and PWS New Zealand.
The vision is for the online communities to be monitored by patient advocates, patient organization representatives, and experts from within the specific disease community.  This format will create a trusted safe space that can facilitate community building and information-sharing.

We recently launched 11 communities, which you can visit at rarediseasecommunities.org.  We hope to launch 3 or 4 more in the next several months and, ultimately, many more.  Is this something that might be of interest to you?  And, if so, would you be available to hear more about it sometime soon?
Rob