Our friends in Slovakia

Maria Benekova, our IPWSO representative from Slovakia and recipient of an educational grant to attend the Caregivers' Conference in Munich (August/September this year) has written a report telling us a little about life in Slovakia and how, by attending the conference, she is managing to cope just a little better!

Slovakia is a landlocked country with a population of approximately 4.2 million.   "It is known for its dramatic natural landscape and many castles. Near the Austrian border, capital city Bratislava features a pedestrian-only Old Town with a lively cafe scene. Rising on a hill above the Danube River, Bratislava Castle houses a branch of the Slovak National Museum, with displays ranging from Roman artifacts to 20th-century arts and crafts." (Wikipedia) 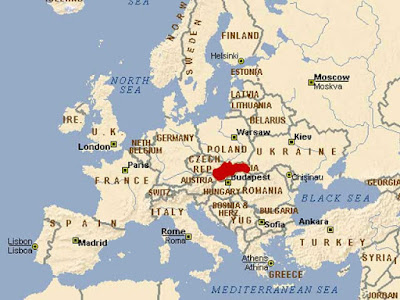 Dear friends,
My name is Maria Benedekova. I would like to share with you my impressions from the 5th International Caregivers´ Conference that was held in Munich, Germany, in August this year.

I am the mother of Tomas Benedek (16y) who has PWS. We live in Slovakia and are member of the Slovak PWS association (www.pwsyndrom.sk). Our association has been an IPWSO member for several years. I have represented our association in IPWSO for about 10 years. I also attended several conferences organized by IPWSO, the last was the International Caregivers´ Conference held in Munich this August.

For me this has been the best conference so far, because I as a mother am at the same time also the caregiver of my son. In Slovakia we have no homes, not even day centers for PWS, our children go to school for children with special needs, usually they are in class with children with Autistic Spectrum Disorder. After they complete their education, they either go to a day center where they spend a few hours with other adults with disabilities or they stay at home with their parents, have no job, get frustrated, put on weight, have behavioral tantrums, etc.  That’s why, we as parents are also the caregivers at the same time.

The topics that were discussed during the conference were very interesting, I took part in two workshops focused on self-determination and relations, friendships and sexual education. The fact that the attendees worked in workshops gave us the opportunity to speak about our problems, think of behavior management methods and ask questions related to life with a young or adult person with PWS.  I asked many questions, received many valuable answers that I am applying into my every day life routine with my son Tomas.

I want to thank the conference organizers for giving me the grant to participate in the conference. I met lot of people I knew already from other IPWSO conferences and I made new contacts with caregivers from countries that are not so far away from Slovakia (Austria, Switzerland) who work in day centers where they look after persons with PWS. I hope to visit some of these centers in the future and maybe get an inspiration and know – how that our Slovak PWS association can use in the future when establishing a home or center for people with PWS.