For those who belong to IPWSO member associations and those who are members of other PWS Associations, FPWR Canada presents:

This is an excellent opportunity for your organization to nominate your "PWS Community Champion" and have this person's name eligible for FPWR Canada’s 2016 IPWSO Conference Prize Promotion.  The prize will consist of a trip for two to Toronto, Ontario Canada and includes airfare, accommodations, Conference fees up to maximum of $2500 CDN.

There are two ways to become a "PWS Community Champion":

Be nominated by your parent delegate for outstanding contributions made to your local PWS Community. (Limited to two nominations per IPWSO member association (country that is a member or associate member of IPWSO) OR Donate $500 or raise $500 and donate the money to IPWSO or your local PWS Association/Organization/Chapter that is a formal entity with PWS as its main cause and which accepts donations

As a "Champion" your name will be entered into a one-time only Grand Prize draw. The prize must be accepted as awarded and the winner will be announced in early 2016.

The promotion is worldwide and open to any PWS Association either with or without charitable status. Who and how you nominate your "Champion" is entirely at your discretion.  FPWR Canada does not accept any responsibility for the nomination and selection process within your country or Association.

The "Champion's" Name and contact information is to be submitted directly to FPWR Canada.

The draw will take place on January 31, 2016 in Toronto. The process will be as follows:

We know our world is filled with "PWS Community Champions"!  Get entered today!

In January 2016 FPWR Canada will proudly reward $2,500 CDN to one of our  "Champions" providing them with the opportunity to attend the 2016 IPWSO Conference because - Together We Are "Building Global Community".

Please Note:
By entering, the entrant and any entity involved, accepts any decision of the organizers as final and no correspondence will be entered into and that the rules may be changed at any time entirely at the organizers’ discretion. The entrant further indemnifies and holds harmless the organizers, FPWR Canada and IPWSO and their officials against any claim of any nature whatsoever in respect of this promotion. By entering, the winner authorizes the organizers to publish their name.

The prize promotion will not be eligible for staff of FPWR and FPWR Canada or any member of the Board or officials of IPWSO.

A Letter of Thanks

I am sorry to have forgotten your name.  I expect you have also forgotten mine.  Although perhaps a fragment of your recollection of me remains somewhere in your memory, filed under "unreasonable people".

Everything went smoothly until you casually mentioned that you would like to observe my son eating and you produced a rice cake from your bag.  I immediately intervened and said that, unfortunately, my son could not participate in this part of the assessment right now as it was not his meal time and he did not eat outside mealtimes. 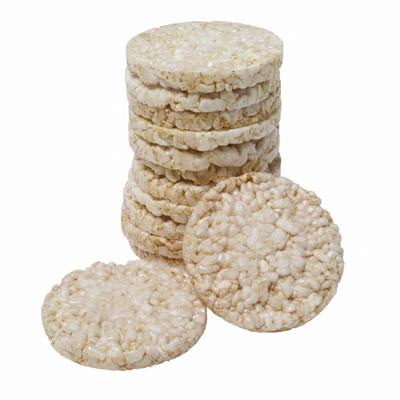 You were taken aback.  You pointed out that rice cakes are healthy.  You said that he would only need to take a few bites.  You argued that he would soon forget one break in his routine.  You said you were sorry, but that you could not wait until his next mealtime as you were due to see other clients.

I said that I was sorry for any inconvenience caused.  But I also refused to give in.  I told you that I felt it was very important to have a fixed meal regime in a house where there was a person who had PWS.  You became exasperated.  Your frustration was obvious.  Eventually you left.  I don't recall if that part of the assessment was conducted at another point or if it was simply omitted.

That happened over 8 years ago.  Everything you said on that day was correct.  I can understand why you were frustrated and why you might have found me unreasonable.  I can laugh now at how I must have appeared to you. I imagine you viewed the appointment as a failure.

Yet I consider it to have been a huge success.  Why?  Because it was the first occasion when I came under pressure to manage my son's diet differently to what I believed to be in his best interests.  It was the first of many occasions when someone else wanted him to have food that I did not want him to have.  This appointment provided me with an opportunity to test my commitment to standing firm in the face of pressure from someone in a position of authority over me.  And I did stand firm.  Having withstood the pressure from you, I became more confident and gained the courage to continue to resist pressure and to take full responsibility for my son's welfare myself.

Eight years later my 10-year-old son is thin and healthy and we still have a fixed meal routine. He has grown up to understand that we do not eat outside of meal times and we do not eat spontaneously regardless of who suggests we should.  He also understands that if his Mom or Dad makes a rule it will be enforced.

So, genuinely, I am grateful to you.  Even though it was an unintended consequence of your visit, that appointment helped us more than you will ever know.