The other day someone asked me whether my (adult) daughter would like to go and stay with her for a weekend.

My heart immediately sank.  All the 'cons' and none of the 'pros' leapt to mind.  How would I explain that in all likelihood my daughter would either eat her out of house and home, or collect up any spare cash lying around, or decide it would be quite ok to have a few drinks, go to the pub, and so on.

Then it rose again at the thought of someone wanting to be her friend and just 'hang out'.   The woman who asked her is just kindness herself.  She doesn't have much, but she has a great heart.  She and my daughter meet up at pottery once a week and swap stories about their cats.  Living as she does in residential care, my daughter is never out of sight of her caregivers.  It would be heaven to her to think she could go and stay with her new friend.

I felt terribly sad as I tried to explain all the things that would probably go wrong (to be fair, I did leave out the stealing bit) and that since having Prader-Willi syndrome meant there were a lot of responsibilities that everyone had to take, it just wouldn't be fair to expect her to do that.  This kind friend said she understood, but I'm not entirely sure that she did.  After all, my daughter comes across as a fairly reasonable and accomplished person and certainly capable of looking after herself.  And, of course, that's just it, isn't it?  They do come across as being extremely capable and fully able to manage their lives - and the lives of others, come to that!

Our Famcare committee (Family Care for adults living at home) discussed the whole concept of confabulation (story-telling) and how our kids and adults find nothing wrong with elaborating a good story to make it even better, and how they quite simply believe this to be so, and expect you to as well.  (You can see what we wrote about confabulation here, it's also translated into Spanish, German, Italian and Dutch.)  It's often so hard living in the real world...

But we can still go to pottery where, just for a few hours, life can seem normal. 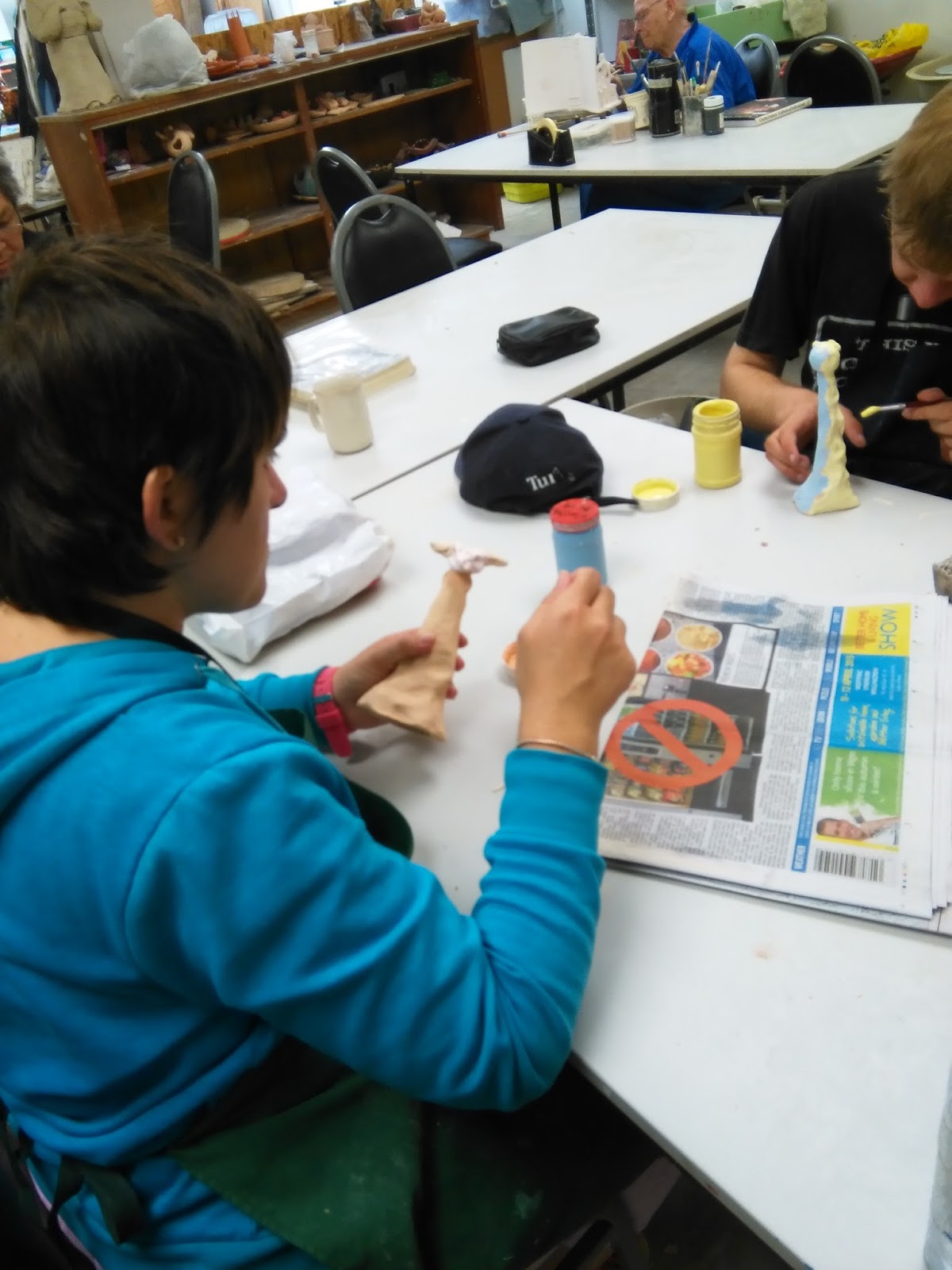