A small step for the world - a big step for Macedonia

In July 2010 Valentina Kostoska – a mother of a 12 year old girl with PWS – send out an email to IPWSO which read “We need help for our daughter Emanuela with PWS! - and we have no other source to ask than you.” Her health situation had come to a critical point and also her behavioural problems overburdened the family.

Giorgio Fornasier – as the Executive Director of IPWSO – sent an email with the question “Is there someone in Europe who can help this family?  Can you help?” to Norbert Hödebeck-Stuntebeck, Chairman of the Professional Providers and Caregivers Board of IPWSO.

Norbert works for the Diakonische Stiftung Wittekindshof,  an institution in Germany for people with intellectual disabilities with special places for people with PWS (children and adults). When the directors of this institution were informed about the situation they gave a very positive signal for being interested to develop support for the family.

After the first contacts between the family and Norbert, and finding financial support, Emanuela and her parents were invited to stay for a week in the group home for children with PWS in Gronau, a facility of the Diakonische Stiftung Wittekindshof in Germany.

The idea of this first week was like a “test” - to find out:
- if it could be helpful for Emanuela to stay for a longer time (half a year) in the group home
- if the family gets the feeling that it could be helpful for Emanuela and
- if it could be acceptable for the family (Emanuela had never been without her mother before)
- if the others with PWS in the group home could accept the situation
- and how it would work with the language barrier (Emanuela didn´t speak any German at this time)

At the end of the week there was a meeting with all participants (Emanuela, mother, staff, leader of Gronau, Norbert) to decide what can be the next step. All agreed that the week was very successful and also Emanuela was interested to come back. So the decision was:

And so, the idea of a PWS Network in Macedonia was born! 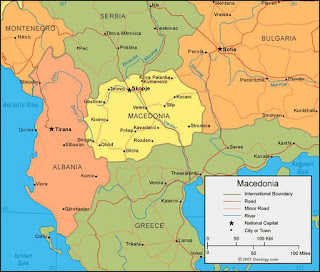 The main question after this decision was: how to find the money for the 6 month treatment in the group home in . And how to develop a PWS network in .

Six month later there was success with the funding;  50% of the needed money came from the health system of Macedonia and the other 50% were given by the Diakonische Stiftung Wittekindshof as a sponsoring of this project. So there could be the offer to Emanuela to come to Gronau in June 2011 for 6 month.

During the time after her first stay in Gronau (November 2010) up to June 2011, when Emanuela was back with her family, two very positive things happened:

-          Emanuela lost nearly 10 kg and
-          her behaviour problems decreased.
-
The explanation for this by the family was that they tried to work in the way they had been taught by the staff at the group home in Gronau. This development gave everyone the confidence that the project would be successful.

During the time from June 2011 to December 2011 when Emanuela stayed in Gronau, the family visited her twice and were in phone contact sometimes every week.

Once a week or when necessary, there was a translator so that Emanuela or the staff could explain things Emanuela seemed not to understand.  But it was really interesting how fast she started to understand the routines, the schedules and the language. At the end she was able to speak the most common things in German and understand most of the things people told her
.
Other important results of the 6 month are:
–        the positive development of her social behaviour
–        the increased acceptance of her role in everyday life (in the group home and in school)
–        the decreasing of behaviour problems (crisis situations)
–        her competence and knowledge about nutrition (“What can I eat, what not”)
–        and she lost another 10kg during this time

At the end Emanuela was asked if she wanted to stay longer in the group home in Gronau or to go home and her answer was very clear: “I want to go home  -  but I like you too”. 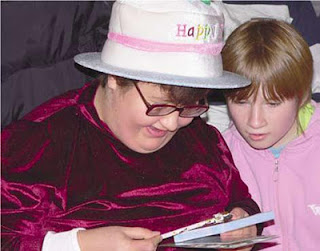 Also the professionals who took care of her over the six month made the same decision: “she learned so much and now it is time to go back into the family and implement these new things there – because in Macedonia is her family and her future”.

At the same time Emanuela was in Gronau the activities to build up a PWS network in Macedonia were going on. Norbert come in contact with Dr. Elena Shukerova-Angelova (Pediatrican and Endocrinologist)  and Dr. Aleksandar Sajkovski (Pediatrican and President of the Pediatric Association of Macedonia). Together they developed the first step, a lecture by  Norbert about the main characteristics of PWS during the Pediatric congress of Macedonia in October 2011 in Ohrid.

This gave an opportunity to  more than 600 pediatricians all over Macedonia to learn about this rare disorder and discuss the concept of having a first conference solely for PWS in Macedonia.

IPWSO is so proud to have people like Norbert, and institutions like the Diakonische Stiftung Wittekindshof who able to carry out such great international cooperation between families and organisations worldwide on behalf of people in the world who have Prader-Willi Syndrome.
Posted by Tui Chizown at 14:07 1 comment: 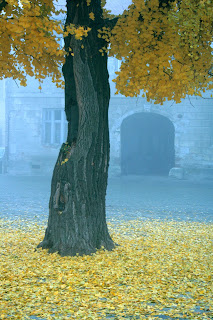 Yesterday I went to the funeral of my second cousin.  She was 100 years old, plus 3 days.  It's pretty rare these days to make a century, let alone to die quietly of old age.  Although statistics tell us that we are living longer, we seem to be dying less of old age and more of debilitating and terminal illnesses.  Our Western lifestyles are quite different from the days when my cousin, Mary, was young.  By comparison, we are pampered, live cushy lifestyles, expect and demand more, some earn ridiculous amounts of money and become immensely rich, some lose everything in life's lottery and are condemned to live in poverty.

And some of us have children with Prader-Willi Syndrome.

One hundred years ago, there was no such thing as "Prader-Willi Syndrome".  It may have existed, but had yet to be described and doctors Prader, Willi, and Labhart had yet to make their entrance on the world's scientific stage. Autism was only described as a particular condition in 1943, and 28 years after Mary was born, penicillin was discovered.  Transport was usually by horse and carriage, certainly for Mary, radio and hand-written letters were the means of communication.  Nothing was as instant as it can be today.  Every household chore was labour-intensive, food was plain and wholesome, visitors didn't just drop in, they stayed sometimes for weeks.

Child mortality in Mary's day was common.  The vast majority of children born with what we now call "PWS" would have died, just faded away through lack of nutrition.  Any who did survive would later die from obesity related illnesses.  We are lucky today that our knowledge over the last 100 years has become very informed and through medical science and research we understand complicated disorders such as PWS.  Even if it takes us another 100 years, our work is to continue to push the boundaries, to advocate for our children and adults with PWS, to break the barriers... together.  We must keep sharing our knowledge, working together, parents, caregivers, teachers, and the medical profession; for scientists and researchers to share their learning so that we can all work from the same page.

One of the best ways of doing this is through our PWS conferences, and by sharing what we have learned both in theory and practice.  Sweden, Denmark and Norway PW Associations are about to celebrate their 25th anniversary, IPWSO will celebrate its 8th international conference in 2013; and the world will celebrate the Emerald Anniversary of 55 years since the naming of Prader-Willi Syndrome. Fifty-five years ago, Mary was 45 years old.  She had raised 5 children and was matriach on a large sheep station.  She'd lived through two world wars, known hardship, sadness, and great happiness.

We each have our stories to tell, and although Mary was unaware she would live for a full century, what an amazing time she has lived through!  And how lucky we all are that during her lifetime, doctors Prader, Willi, and Labhard also lived. 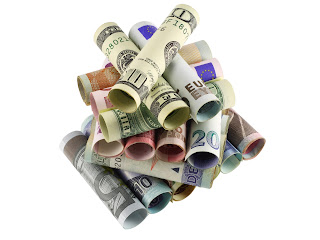 Oh, thank Goodness!  All my money woes are solved - this week I have been given $1.5 million from a TNT Director, and $2.5million from the Blackberry Internet Promotional Draw (actually they had to remind me twice about picking this up), then there was this lovely chap who wrote to say that this firm had the best money-lending rate I'd ever hope to find.  Last week was the same, Sani Mohammed wrote to me from (wait for it) the G20 meeting held in France recently to say that they had nothing better to do than hold a ballot for lucky beneficiaries and this time I'd won $1.2 million.  On the very same day, as luck would have it, the United Nations of International Oversight Services emailed me to say I had a compensation payment of $9,000 (but they wrote in words alongside that it was actually nine thousand, five hundred American dollars).

I'm so happy about this, and, although I'm really sorry for Miss Elena Kojawa's terrible loss of her father in the Ivory Coast, I'm utterly overjoyed to think that she has thought carefully about the 8.5 million dollars her father left in a bank deposit and is prepared to offer me 15%.  A local bank has emailed me to say I have a tax return of $173.50 to pick up, but since it's such a small amount, it's hardly worthwhile bothering about, is it, really?

Now... I know this is all a huge joke and it amuses me no end to receive these spam emails, but the truth of the matter is that in these uncertain economic times, the hardest hit are the charitable organisations all around the world who are desperately trying to continue their work with very limited budgets.  Understandably there are many of us in the same boat, and IPWSO is just as hard-pressed as every other charity to find an income source.

The difficulty for IPWSO is that it is a global charity, it is not operating in just one country, but world-wide.  That means applying for funding is even more difficult as most funders prefer to see their money spent for the benefit of their own country.  IPWSO has to rely heavily on donations from people like you and me; and from our member countries.   This month we are going to celebrate our Emerald Anniversary - it is 55 years since PWS was first 'discovered' by Professors Prader, Willi, and Labhart.  We are using the symbol of a bridge, with candles to help light the way.  Each time we receive a donation another candle will be lit.  We are looking forward to presenting you with this creative concept for fundraising, and we are hoping that, unlike our Spam friends above, you really will be able to help us cross that bridge!
Posted by Tui Chizown at 15:45 1 comment: