In the distant past (ie pre internet days) very little was known about PWS, only that it was an 'eating disorder' and that a person who had it, would not live long and die from obesity-related illnesses.  (Life expectancy today is normal, providing good health management is undertaken.)  Information was hard to come by and was mostly written up as medical research.

It is staggering how much information is now "out there" on the net - you only have to google "Prader-Willi Syndrome" to have over 872,000 results at your fingertips.  Not all information can be helpful, however, and some is not very accurate.  However, there are some first-class resources you can tap into, in many different languages.  Our own IPWSO site endeavours to keep abreast of the information, but it is useful to know what's on other sites as well.  The PWSA (UK) has just updated 13 of their booklets including:
All of these can be found on their website

Research on PWS has escalated hugely over the years - whereas once research concentrated mainly on genetics and then on growth hormone treatment, now all areas of PWS are being researched and results are coming through all the time.  A foundation for research (FPWR - Canada) was established in 2003 and has already committed over $3,000,000 in research grants.  The FPWR's generosity in grants for research is well-known and results are regularly written up on their research blog.

Further research from the American PWSA on medical topics and the latest 'red alerts' such as the vitally important signals for gastroparesis or slow emptying of the stomach which can cause severe constipation and complications.  This is also on our IPWSO website, along with a list of other research topics.

On-line Parent Support Groups: Just go to https://groups.google.com and google 'health' and then Prader-Willi Syndrome to find pages of support groups all over the world dedicated to discussing the syndrome and supporting families.  Just to know you are not alone, can be strength enough in the hard times to carry on.

Thank goodness for the internet!

I recently had a bad PWS appointment experience.  This was because when I arrived at the clinic, I was told by the occupational therapist whom I was due to see that she could only proceed with the appointment if my son's father was also present.  The rationale, quite simply, was that the advice she intended to impart was so important that we both needed to hear it.  I was flabbergasted.  It is true that for the first few months of my son's life both his father and I did attend every appointment.  This was until we realised how unsustainable this approach was.  I was tempted to point out that if my 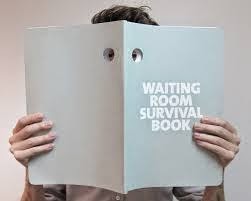 husband and I had attended every appointment my son has had (over 600 by now) it would be impossible for either of us to hold down a job, which, of course, is necessary for all sorts of things, including paying for therapy sessions.  But, I think that my son needs OT support, and OTs are hard to find in my area, so I said nothing and politely walked away.  And inwardly fumed.

After I had stopped fuming I started to reflect on the many other PWS appointments and interactions that I have had since my son's diagnosis.  And the truth is that while some have been terrible, many more have been excellent  So, I decided to make a short list of some of the many anonymous people to whom I am grateful for making my family's PWS journey so much easier.

1. I am grateful to the community nurse, who came to my house every two weeks for 3 years after my son was born and taught me the rudiments of physiotherapy, speech therapy and occupational therapy, while all the time encouraging me to aim high for my son.

2. I am grateful to the physiotherapist who observing my infant son poking around at the workings of a toy casually noted that he may have a engineering career ahead of him.  She probably didn't realise the impact of her words, but they led to believe in possibilities for my son's life that others had written off as impossible. 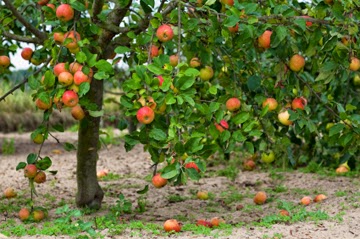 3. I am grateful to the school principal who on my first visit to his school bashfully admitted that he hadn't thought about the potential dangers associating with having fruit trees at the school's perimeter and immediately offered to have them removed.  I told him not to remove them, but left his office happy that he would do whatever was necessary to keep my son safe.

4. I am grateful to the psychiatric consultant who didn't tell me that there was a 18-month waiting list for ASD assessments in my area and arranged to have my son assessed within 2 months.  I only learnt of the waiting lists much later.

5. I am grateful to the physiotherapist who with great patience and confidence made my son believe he could cycle a bike without stabilisers.  She was right!

6. I am grateful to the (overweight!) local doctor who every time I meet him has the good grace to sincerely and enthusiastically compliment both me and my son on my son's healthy weight.

7. I am grateful to the special needs assistant who has been my son's shadow for the 5 years since he started school.  She has cheered him up, and calmed him down; she has kept him safe and kept me sane; she has helped him make friends and allowed him to learn;  she has boosted his confidence and expanded his horizons.  Most of all she been his friend.

8. Above all I am grateful to the obstetrician who, having cared for me during my pregnancy and after the birth of my son, refused to accept the considerable payment he was due for his services.

Why does this stand out for me more than the others?  Because it was the first experience I had of a random stranger standing by me in recognition of the challenges posed by PWS.  The solidarity he showed to me when I least expected it gave me hope that the community in which I live would continue to support my son and my family.  I am grateful for all that support.  I also believe that my son's positive experiences  of support will lead to him being able and willing to support others when the opportunity arises.  I fully expect that someday random strangers will also be grateful to him.