(with thanks to our contributor, Emma Walsh) 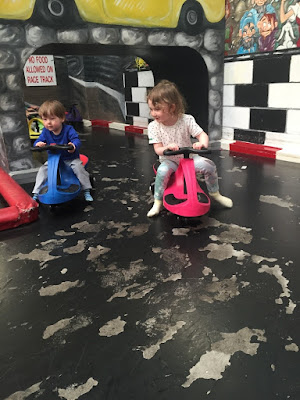 The Lodger’s (that’s our son with PWS) cousin aged 5 has an amazing understanding and tolerance of PWS. She’s grown up with PWS in her life and knows no difference. She's The Lodger’s best friend and already a member of the secret food police.

She comes running into the room,

“Auntie, we have a problem! The Lodger is saying he’s hungry and he’s just finished his snack, what are we going to do?”

I went in to talk to The Lodger, with my concerned niece by my side. I found him lying on the couch cushions on the floor, pretending to be asleep. He woke up, smiled and signed ‘eat’. He was playing. It was breakfast time. I explained to his very caring cousin, that he wasn’t really hungry, he was just using his hands to tell her he was hungry in the game. She smiled and the game resumed…

The Lodger has been using sign language since he was about 14 months old. As we live in Ireland, we use Lamh but it's not very different from Makaton (or other simple sign programs).  Its simple signs help him communicate his needs. THe majority of the signs are very obvious and so it's very easy to learn and understand.  Signing has eased The Lodger's frustrations.  He's been able to tell us he's thirsty, tired, or wants to read books, all by using his hands.  We started simply with 'eat' 'drink' and 'bed' which moved quickly to 'NO BED' when he learned to shake his head!
In the peak of The Lodgers sign usage, (before words) we probably had 50 to 60 signs that we used regularly - from activities like ‘drive car, walk, swim’, to animals like ‘cat, dog, rabbit, horse’, to feelings such as ‘happy, sad’ and words such as ‘more, finished and help’.

The problem being an adult brainwashed into doing 50 or 60 different signs is that in normal grown up interactions the signs slip in and people start to wonder if you are going mad.

At three years old now, The Lodger is starting to put two to three words together but still uses signs to get his point across, usually to emphasise the same point as above: ‘No bed!"

The lodger started Playschool last September and although he did have a few words, he was able to match them with a sign which was understood by his preschool assistant and teachers. Signing has really helped him with his independence. It’s been wonderful to see him dropping signs as he’s mastered the word and he loves the celebrations of learning new words!

When we were first told about signing, it was daunting. We weren't sure how quickly we’d pick it up or if it would be effective, never mind trying to teach a child without words. I can honestly say, it’s part of our day to day lives now- even though The Lodger can speak many words now, I’ll often see my husband sign ‘drink?’ while the Lodger responds with actual words. I’m guilty of not dropping the signs myself and often use signs and word combinations with The Lodger - and others!
As we introduced new signs for the Lodger to learn, they became part of our daily conversations with everyone! The sign for happy is two thumbs up and I still sign 'happy' in response to questions of how I am!  Between that and carrying invisible pigs (you can read about that story on our blog) people must really wonder what goes on in our house. 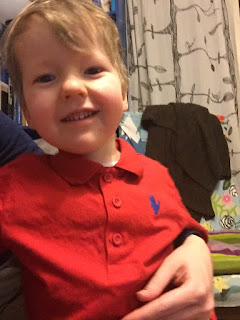 Signing is not just for children with additional needs. I’ve encouraged friends with typical babies to use signing too, it’s easy to learn and a great tool to help your child be able to communicate with you!  It's a fantastic bridge for the often frustrating communication gap before speaking comes naturally. Simple signing has really helped communication with The Lodger. The only problem nowadays is understanding his words when he refuses to sign to really make us work! I think we're learning as much as The Lodger these days. Two thumbs up to that!

You can read more about The Lodger here
Posted by Tui Chizown at 09:23 No comments:

Yesterday I went to see my daughter - she lives in residential care about an hour away.  My plan was to take her out for morning coffee and just spend some time with her after what had been a dreadful Easter.  Why? I hear you ask...

...well, she caught a tummy bug, something she never really has and if she does, then it's normally in the form of diarrhoea  (I know... I wasn't going to tell you all this, but you did ask).  This time, however, her stomach became distended and very hard.  And we all know what this could mean; with the lack of vomiting reflex, the stomach could burst and the results could be lethal.  I didn't know what to do and, naturally enough, it was on the one day when everything was closed and we live way out in the country.  It was very lucky that she vomited.  Twice.  Look, I'm not going to get into details, suffice to say that it took hours to clean up and both her father and I also got the bug.  Happy Easter.

But I wanted to tell you about yesterday.  I'd phoned to make sure she was ready (and hinted at the fact that last time I saw her house it was extremely untidy), and I arrived on time to be greeted with a very tidy house and my daughter with what can only be described as 'raspberry red' hair.  She was wearing a very pink cardigan, so the red hair could not easily be dismissed.  I did a double take - much to her amusement, of course.  As we sat down in a lovely little cafe with the sunshine gleaming on the raspberry-red head of hair, I thought how pretty she looked and how happy she was, sitting there smiling at me.  I asked her how things were going and she told me she'd got herself a new job (a paper run, which is such a great way to exercise, plus get a small financial reimbursement), then she said she'd stopped eating bread, and was really becoming a vegetarian and hadn't eaten meat for two weeks, plus had taken dairy out of her menu, replacing it with soy and other proteins like tofu.  She said, with a big grin on her face, that her staff were really great about this and she was loving the change in menu.

I was really taken aback - on many levels.  My skeptic self said, "wonder how long this will last", and, "bet she's really enjoying finding out what else she can eat..." while my proud-mother self said, "for heavens' sake, just enjoy the moment." 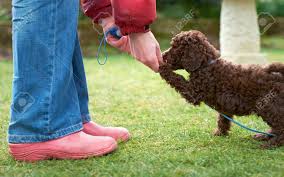 So I told her how proud I was of her decisions, how well she was looking, how much I loved the raspberry-red hair, and praised her for looking out for a new job, particularly one which meant more exercise.  I told her how healthy she looked - and she certainly did.   We often leave our small dog with her when we go away for a few days and there's nothing she loves more than to take small dog with her on the paper run, and there are several parks nearby where she can let small dog off the leash to roam (which means more walking for her, too).

I know that things will change and that there will be issues to deal with and all of that, and by writing this I'm probably tempting fate very seriously, but for once I thought - just seize the day!  Enjoy the moment!  Be proud and happy!  Carpe Diem, indeed.

Time to lock up the kitchen 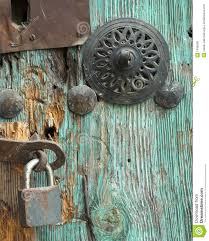 The idea of having to lock food in my own house to protect my son who has PWS has always struck me as a particularly dramatic (and upsetting) intervention.  In the early days, when I was just getting used to the idea of PWS, I remember being consistently taken aback each time I heard about this practice.  Knowing that not all families lock food made me wonder which type of family mine would be.  Would locking imply that my son's hyperphagia and/or anxiety were worse than those of others?

As well as wondering whether or not we would need to lock, I also wondered how I would know when to lock.  Recently, a few months before my son's 12th birthday, the time came.  And, like so much in our PWS journey thus far, it was far less dramatic and far less upsetting than I thought would be the case.

For a start, my son was the one to ask that the kitchen be locked.  He did so without fuss one day after school. His request was calm and reasonable and delivered in the same tone of voice he uses when asking if he can borrow something or watch TV.  It is true that he had once before gone into the kitchen and taken a bite of his father's unattended meal, but apart from that incident (which he had owned up to immediately), there had been no food stealing from the kitchen (at least not that I was aware of).  Honestly, I would not have suggested locking the doors at this stage had he not asked me to.

I put him off initially.  I told him it was a big step and that although we would be happy to do it if he wanted us to, we should think about it for a few weeks first.  Then I waited to see if he would raise it again.  He did.  A few weeks passed and this time he changed the question slightly to ask when I was going to start locking the doors.  So I did.

In contrast to what I feared, locking the kitchen doesn't feel disrespectful to my son at all.  Paradoxically, it also seems to me that it facilitates his independence rather than limits it.  He requested the action, we responded, and he is happy with the outcome.

I will admit that it's a bit inconvenient.  For one thing, I have missed several phone calls because I keep accidentally locking my phone in the kitchen. It's also impossible to access our back door without going through the kitchen, which will probably lead to us redesigning our living space.  And I wonder what the grocery delivery man thinks!  But, overall, it works.  No fuss, no drama.  After all, there are far worse things in life than a few locked doors.

I will always remember the look on my daughter's face when she came home from school, aged around 7, and saw a lock that I'd put on our pantry, "Gosh," she said, "what a bright shiny lock!  Did you do that Mum?"   I was completely taken aback as I'd expected a huge fight, and stuttered, "y-y-yes", and she responded, "Oh!  You are clever!"