A blog about PWS and ridiculous scenarios by MH.

I've often thought about starting a blog about my experiences of parenting a child with PWS.  But I've never actually done it, because I suspect I would either end up going long periods without writing anything, or, worse again, end up forcing myself to write thereby adding to the already-too-long list of things I feel I have to do.

So, when I found out that IPWSO welcomes once-off or occasional guest blogs  from anyone who feels they have something to say about PWS I was delighted.

But what should I write about?  Profound realisations I may have reached about society and myself during the 10 years I have parented my son with PWS?  Practical methods I have found work well in helping my son live a good life?  My experiences dealing with therapeutic, medical and educational services?  While, like most parents, I have opinions on all of these subjects, I have instead decided to write about scenarios that I consider ridiculous, and that unless I was a parent of child with PWS I can't imagine I would ever have been exposed to.  So, here goes ... my top 3 (for today!) ridiculous PWS scenarios... 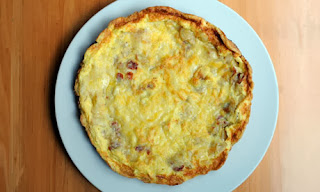 During a recent overnight visit to hospital the worse-than-usual bureaucracy led to my son being confined in a corridor for several hours awaiting admission while catering staff took orders for evening meals.  The result was that when he was admitted, no meal arrived for my son.  With his anxiety levels soaring I asked staff what could be arranged and was told that he would be brought an omelette.  Unfortunately, when the omelette (which incidentally could have fed a family of 5) arrived, it became clear that the catering staff could provide nothing in addition to the omelette (an entire children's hospital was apparently completely out of all salad products, vegetables, or even a slice of bread).  While I calmly informed my son that I would go to the hospital shop and to get him something to accompany his portion of the monster omelette, I faced a dilemma.  What would I do with the omelette while going to the shop?  Would my son be able to resist eating it all if I left it with him?  Could I reasonably ask the family surrounding the neighbouring bed, who were at that point having a meal of ice-cream and chocolate, to "mind" my son's eggs in my absence?  Or did I really have to make my way down a sequence of long corridors followed by two flights of stairs followed by more corridors to queue up in a shop and select and pay for the healthiest option available WHILE ALL THE TIME CARRYING A PLATE OF EGGS?  Surprisingly, at the time, the clearly ridiculous option (the last one) seemed the most feasible! 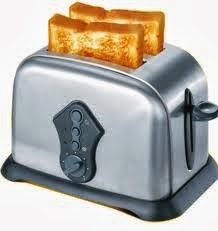 My son has great hearing and, like many children, appears to be better at hearing whispered conversations not intended for his ears than things said directly to him at high volume.  During one recent whispered conversation a visitor to our house reported to me the sad news of the sudden death of a neighbour.  In retelling the tale of this death she emphasised its suddenness by saying that the man had just come home, made a cup of tea and put two slices of bread into the toaster when he collapsed and died of a massive heart attack.  My son, who was in a different room at the time and had not to my knowledge been listening, immediately interrupted and asked in a high-pitched clearly anxiously voice "Mom, what happened to the toast then?".  Why does this meet my definition of a ridiculous scenario?  Because I was left with no idea how to explain to the visitor why my son would be more worried about 2 potentially wasted slices of toast than a sudden tragic death, or why I was found this so hilarious that I couldn't contain my own laughter no matter how inappropriate I knew it was! 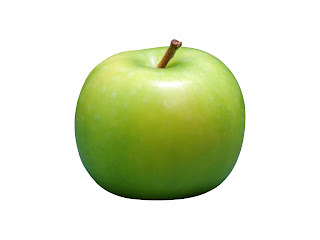 It was one of those days!  In the space of 24 hours I had intervened to prevent my son being given a lollipop in both a barbers and a shoe shop, a bar of chocolate by an old man who was in a hospital bed beside my son's grandfather, and an apple by a swimming pool attendant.  And then my son got stuck.  Bizarrely, a revolving door at the entrance to a hotel froze with my son stuck inside.  Immediately a receptionist spotted the problem and came running over.  While I assumed that she was coming to fix the door, it emerged that she was instead coming over to push an apple through a crack to my son, presumably to distract him until an engineer could be located.  And so yet again I spontaneously adopted the part of crazy woman lunging at the apple and shouting "No!" at the shocked receptionist.  Although the incident was resolved in a matter of moments, the image of my son being stuck in a glass case with strangers pushing food in to him remains with me several years later.  Would this scenario seem as simultaneously ridiculous or threatening to anyone who was not a carer of someone with PWS?  I suspect not!

A New PWSA (USA) e-letter
all about PWS School issues

At PWSA (USA), we are dedicated to helping parents enhance their special education advocacy skills.   We also strive to encourage productive and healthy collaboration between parents and schools to benefit students with PWS.  To help in this effort we’ve created a brand new bi-monthly e-letter called School Times which will focus solely on school issues for the PWS community.  Features include:

This is the first publication to focus solely on school issues for the PWS community in the United States.  It is a great resource for parents and school professionals.  So don’t miss out!  Sign up today by e-mailing Evan Farrar, PWSA (USA) Family Support Counselor.
Posted by Tui Chizown at 08:59 No comments:

15.11.13 Who are our sister syndromes sharing the same Deletion?


Since we are promoting 15 November 2013 as PWS Awareness Day because of the 15.11.13 date coincidence, I thought it would be good to know who our sister syndromes are.  The deletion may be on the same site, but the three syndromes, PWS, Angelman's Syndrome, and Dup15q, are completely different.  To give you some idea, here's a brief synopsis or the other two.  Some of the symptoms will be familiar and others are quite different.

At the present time there is no specific treatment that can undo the genetic pattern seen in people affected by hromosome 15q duplications. Although the fundamental genetic differences cannot be reversed, therapies are available to help address many of the symptoms associated with Dup15q. Physical, occupational and speech therapy along with special education techniques can stimulate children with Dup15q to develop to their full potential.

In terms of medical management of the symptoms associated with Dup15q, families should be aware that individuals with chromosome 15 duplications may tolerate medications differently and may be more sensitive to side effects for some classes of medications, such at the serotonin reuptake inhibitor type medications (SSRI).12 These medications should be used with caution and any new medication should be instituted in a controlled setting, with slow titration up to the expected therapeutic dose and with a clear endpoint as to what the expected outcome is for the treatment. This includes supplements. 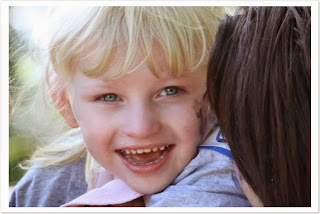 Angelman syndrome is a severe neurogenetic disorder that shares symptoms and characteristics similar to those associated with other disorders including autism, cerebral palsy, Prader-Willi syndrome.

Due to these similarities, misdiagnosis is a prevalent problem.

Late or misdiagnosis may cause individuals to lose opportunities for early intervention programs, resources, personalized support and life-saving treatments.

That’s why it’s important to increase awareness and understanding of Angelman syndrome, a disorder that occurs in roughly 1 in 15,000 live births.

A blood test can detect up to 80-85% of individuals with Angelman syndrome by identifying whether the UBE3A gene is functioning properly.

For the remaining 15-20% of individuals, an experienced clinician who is familiar with Angelman syndrome can provide a clinical diagnosis. To find a clinician in your area, contact the AS Foundation.