Dietary Management in PWS - the absurdity of it all!

I recently had the great pleasure of interviewing a group of parents about dietary management in PWS.  The interviews were recorded for a training film and were designed to find out the practical actions that parents take to manage food.

The commonalities in both problems faced and management strategies applied were striking.  One speaker after another spoke of stress being caused by peas rolling off plates and the need to have replacement peas close at hand!  Surprisingly to me, grandmothers came in for particular and consistent criticism for giving inappropriate food to people with PWS.

Many parents, I am delighted to say, were able to laugh at the absurdity of it all.

Of course, this all led to me reflect on what I (a parent of a son with PWS) do and, in particular, led me to think about some of the odd things that I could never have imagined when I first heard of PWS.

For example ...
My son refuses to use a knife.  I'm pretty sure it's because he knows that he is not allowed to put his knife in his mouth and is terrified at the prospect of some food sticking to his knife that he will then not be able to eat.  So, I either cut his food for him (which he doesn't like as he considers himself too old) or he laboriously attempts to cut it himself using the side of his fork.

I increasingly find myself not finishing the food on my plate until my son has finished his own meal.  Why?  It's in case some mishap occurs to an item of food on his plate that I then need to have a immediate replacement for. Most of the time I'm not even conscious of doing this. 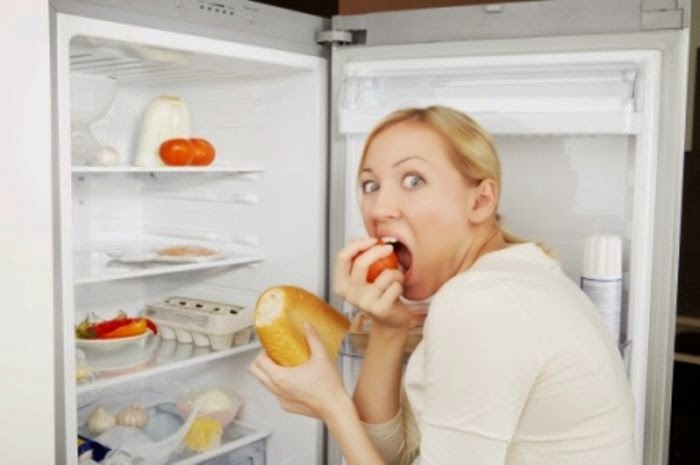 I "sneak" food.  When I find myself hiding in my utility room (which isn't visible from any other part of the house) eating a piece of fruit, I usually don't find anything odd about my behaviour.  But every now and again, I am reminded that this is all slightly RIDICULOUS.

I have concluded that I cannot give my son a full apple, not even a very small one.  Why?  Because he invariably eats the core and then becomes upset.  I know that he doesn't intend to eat the core, but worries so much that he may leave an uneaten piece of apple behind that inevitably he swallows everything and then starts to worry.

I regularly find myself having to call my son repeatedly when his meals are ready.    I assumed that my son's interest in food would rapidly propel him to the table for each and every meal, but no, this is not what happens.  Rather, if he is in the middle of another activity his desire to finish the activity is usually greater than his desire to come to the table.  As a result, at least every other day I find myself repeatedly calling him while the rest of the family sit waiting.  This was not what I expected PWS to look like.

I regularly lie about food.  In fact, lying is probably one of the strategies I employ most frequently in dealing with dietary management in PWS.  So, if my son asks (for the 3rd time!), if I checked the expiry date on his yoghurt, I will lie and claim that I did.  If he asks what I have been doing in the utility room, I will, without any guilt, invent a story that has nothing to do with food.

I felt privileged to have an opportunity to listen to other parents talking about how they manage food.  Hearing what they did made the absurdity of it all even more obvious to me.  It also made me feel proud to be part of a group of people who have found ways to cope with what is a supremely difficult task and, sometimes, even manage to laugh about it.

***
I always remember a mother of an adult son with PW being called out of the house by her neighbour just as the roast dinner was ready.  She hid the full roasting pan in her husband's wardrobe...  Editor

When IPWSO came to Ireland 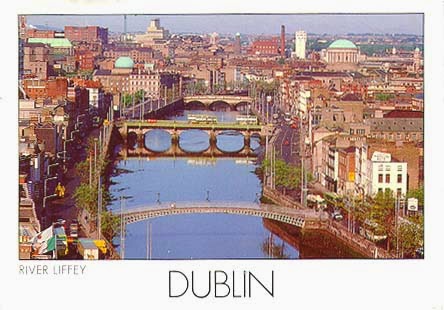 Having a rare disability in a small country presents particular challenges.  There is likely to be little expertise within the country and convincing professionals to take an interest in a diagnosis that they will seldom encounter is a difficult task.  Having only a small numbers of people affected by a particular disability also renders many types of research unfeasible.  Tailoring services (when they exist at all!) to take into account the differing abilities and needs of those diagnosed presents practical challenges.

However, one can argue that there are also advantages to isolation as far as having a rare disability is concerned.  For a start, it may encourage families to educate themselves more and to become stronger advocates.  It may prompt families to rely more on each other and to work more closely for the benefit of those affected.  It may also encourage people to look beyond parochialism and the confines of their own country and to recognise that they can learn from around the world.
In small countries expertise in PWS is more likely to be concentrated in a small country into fewer centres. This allows for a channelling of the majority of people with PWS into one clinic, thereby creating increased knowledge of the PWS population than might be the case in countries with larger populations.

Ireland, with a population of little over 4.5 million, is a small country.  Approximately 100 people have received a genetically-confirmed diagnosis of PWS in Ireland since testing began here in 1995.  However, it is believed that there could be up to 150 people who have PWS living in the Republic of Ireland and up to 60 in Northern Ireland.

In September 2014 a shining example of learning from other countries occurred in Ireland when at the Prader-Willi Syndrome Association Ireland (PWSAI) annual conference, eightspeakers affiliated with IPWSO, all experts in their respective fields and all based outside Ireland, presented to Irish families alongside one speaker from within Ireland.

The presentations by IPWSO speakers served to reassure Irish families that many of the services and recommendations that were being offered in Ireland were indeed in accordance with international practise.  Their presence provided an opportunity for people to ask questions of experts who had dealt with very large groups of people with PWS over a long period.   It also highlighted gaps in services in Ireland and, we hope, provided an impetus for further advocacy by individual families and PWSAI.  The distribution of leaflets about research studies being conducted outside Ireland, but for which Irish participants were being sought, also offered an opportunity for Irish families to contribute to research.
Some parents reported that they felt hugely enriched by the informed content and depth of the talks that were given on the day.  For the first time ever, we witnessed parents of younger children feeling less scared than they would have been previously about adult services. The information provided by Hubert Soyer, Susanne Blichfeldt and Georgina Loughnan was particularly reassuring to them and one participant suggested promoting “A Lifespan Approach” for a country conference every four/five years.
It was a long day, but a very stimulating day!  PWSAI expressed its sincere gratitude to IPWSO and all the individual speakers.  We hope and believe that this event will leave a lasting positive legacy for people with PWS in Ireland.

Not alone that, but we also hope that the IPWSO trip will lead to benefits for people with PWS around the world, as IPWSO  took the opportunity to hold a face-to-face board meeting over two days while in Ireland.  Ambitious plans were agreed and actions drawn up with a view to further advancing IPWSO's mission of improving the quality of life for all people around the world with Prader-Willi syndrome and their families.

IPWSO's stay in Ireland concluded with two members of IPWSO, Janalee Heinemann and Giorgio Fornasier, continuing to spread the word about PWS at the European Society of Paediatric Endocrinology Conference, which was also held in Dublin.  You can read about their experiences in our previous blog.