Mum, I've baked you a cake! 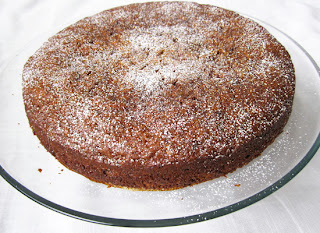 I recently had an operation that has required some time recuperating.  My daughter's response was to bake me a cake.  She lives some hours away from us in a house which is fully staffed 1:1. She's the only one in "her" house and she absolutely loves her new life.   Many people think she is very lucky, but luck had nothing at all to do with it.  Sadly she was not able to curb her behaviours to allow harmonious living with others and she had to go through some very tough times because of it.


So...the cake was duly delivered and later that night as I lay in bed thinking, it occurred to me how much she has grown and developed over the past couple of years.  She's now 28 and her move into this new home has been a revelation - to her, and to us.  For the first time in quite a while, she is happy.  She is losing weight, has a couple of small part-time jobs (supported) and the new care-provider agency seems to 'get' what PW is all about.  Why else, I asked myself, would they have let her bake a cake?


Whenever she wanted to bake when she lived at home, I would inwardly cringe.  My thought was that if I 'gave her an inch, she would take a mile' and I didn't have the energy to cope with that, so baking was something she longed to do while I longed for any excuse for it not to happen.  I knew I was denying her the one thing in the world she wanted to really do - cook!


Once, for a 'significant' birthday she saved up her money to buy me a cake which she had got decorated in bold letters "Happy Birthday Mum" in lurid blue icing.  She didn't ask for a piece of that cake, and neither did she ask for a piece of her latest cake.  Her great joy was in choosing what she wanted to bake, cooking it, and giving it away, although on any given day of the week otherwise, she is one of the most opportunistic "acquirers" of food I have ever known.  And the most ingenious.  But when she's cooking from the heart (an expression bandied around on every cooking show these days) she has this spirit of generosity and nurturing that you seldom see elsewhere.  Except, I think, in PWS.


So many of our guys with PW have this wonderful spirit of generosity.  It's odd, when you think that the chief characteristic of PWS is always said to be this unrelenting desire to eat - yet, sharing food is something they genuinely love to do.  Francie has done it since she was very little.  It's one of the most disarming traits of the syndrome.


And yes, this latest cake was very nice with a layer of yummy dates at the bottom.  She made it from a packet, but included the dates as she thought I might like it better.  And, I did.
Posted by Tui Chizown at 09:59 No comments:


The latest weight-loss drug to be approved by the FDA is called Qsymia (pronounced kew-sum-EE-ah).  It has been prescribed for overweight people, so naturally the world of PWS will take an interest in this. To keep you updated with this from a PW perspective, our Vice-President, Janalee Heinemann, has written this review (below).  You can also find information here: http://www.bu.edu/today/2012/will-qsymia-make-you-thin.  It should be noted that if people are planning to try a drug, it's most useful to do so as part of a controlled trial. 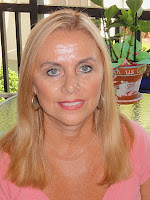 As many of you are probably aware, there is a new weight loss drug, Qsymia, just approved by the FDA.  The weight loss was more with this drug than with two others recently reviewed by the FDA and one approved (Lorcaserin/Belviq) that was not nearly as remarkable regarding weight loss.  Qsymia is a combination of two older drugs that have long been known to help with weight loss:  phentermine (the safer half of the old fen-phen drug that was banned) and topirimate – a drug that was studied back in April 2000 under a PWSA (USA) grant, “Open-Label Pilot Study of Topirimate in Adults with Prader-Willi Syndrome.” Topirimate is an anticonvulsant drug that makes people feel more satiated after eating, which is why we sponsored the study by Nathan A. Shapira, M.D., Ph.D.  The study showed that Topirimate did not significantly change the calories consumed, Body Mass Index, or decreased self-reported appetite in PWS. In addition, there were no significant changes in compulsions. Surprisingly though, Topirimate treatment resulted in a clinically significant improvement in the self-injury (i.e., skin-picking) that is characteristic of PWS.
The researchers of Qsymia state that it targets multiple brain signals that drive people to overeat.  We cannot say at this time if it will be effective with PWS.  Please know that we will keep you informed of any new outcomes on this and other obesity drugs that might be helpful with PWS.  Currently, I have been working informally with two pharmaceutical companies who are working on potential products that might impact on PWS, but as with all pharmaceutical companies, there are always strict agreements of confidentiality.  We are also working with FPWR on financially supporting the Best Idea Grants post the hyperphagia conference with 2012 One Small Step funds.  We never forget that the #1 deadly enemy of PWS is the appetite.

For those outside "Prader-Willi Land"

After posting last week about our new project, FamCare, I read a post in one of the PWS listservs which I want to share with you.  It describes a parent's feeling of utter joy in finding a place for their adult son.  I know - we all do - that not everyone has this opportunity, and this is why IPWSO has developed its FamCare support; to help families along this rocky road, hopefully to a productive and happy ending.


"After four very difficult years, with many, many ups and downs, our son is finally part of a community where he is just like everyone else, and where the staff "gets" the strengths and needs of folks with PWS.   He has joined some great young gentlemen  and he is over the moon with joy. The young men have graciously welcomed him, and are helping him settle in. Finally, I am feeling the relief that my son will be able to live a healthy, happy and productive life. I feel like we won the lottery!

I wanted to share this with you all, as you are the only folks who will truly understand our joy after so much struggle. No one understands the day to day life of living with PWS like us families. While we love our children and they bring us great joy, they present so many unusual issues and cause incredible stress, that those outside of "Prader-Willi Land" will never understand. For the first time in a long time, I am at peace and can rest." 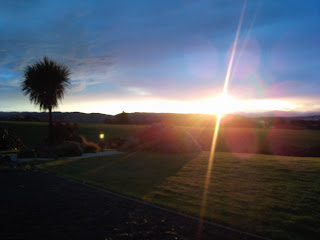