Another Day, Another Diagnosis..... 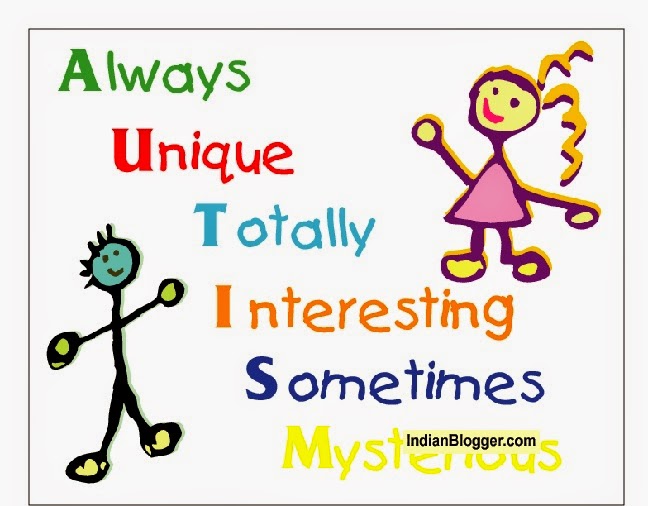 One might imagine that receiving a diagnosis of autism for one's child would be a big deal, one that a parent would view as significant, memorable, and, possibly, even traumatic.  Not me!  Rather, when my ten-year old son (who has PWS) was diagnosed with autism some months ago it didn't bother me in the slightest.    In fact, I couldn't have cared less.  I admitted this to the kind and patient psychiatrist who delivered this news, but also felt slightly guilty about the extent to which I was nonplussed by this revelation.

I feel I should mention that my feelings upon hearing this news were in sharp contrast to the shock, devastation and fear I felt when I received my son's initial diagnosis of PWS. So, why did this additional diagnosis not bother me AT ALL?  It wasn't because I had been expecting the news, because, despite having requested and observed his assessments, I actually hadn't.

I think the main reason is because I now know (and love) my son.  When I received his first diagnosis (he was 3 weeks old) I had only been permitted to pick him up a handful of times and even then the procedure required two staff to stand within centimetres of us holding various items of medical equipment.  I certainly didn't know him or couldn't picture what sort of person he might become.
Back then I fell into the (obvious) trap of assuming that everyone with PWS would be more or less the same.  And, sadly, 10 years ago, the dominant image of a person with PWS that I encountered in dated text books and grainy internet images was really not very nice.  So, the diagnosis made me fear that my son would become someone both different and inferior to the child I had expected.

I have long ago accepted the reality that my son and my family will differ from "typical" families in at least some ways.  And I'm fine with that.  So, an additional diagnosis that implies that will be different in another way no longer holds any power to upset me.

I have also become increasingly pragmatic about my son's needs and  now view a diagnosis as a means of accessing appropriate services, of discovering means of managing my son's challenges, and of ensuring that his life is as good as it can be.  Whereas I saw his first diagnosis as problem in and of itself, I now see this second diagnosis as an opportunity, one that I intend to exploit for all it is worth.  And, even if say so myself, I have already used his additional diagnosis very successful to secure him additional educational supports and occupational therapy services!

So, getting an additional diagnosis for my son was neither good nor bad.  Rather, it was just another turn in the journey.  Onwards we go.

The reason I decided to seek an autism assessment for my son in the first place was because of this presentation, which I saw at the IPWSO conference last year, given by Professor of Pediatrics, Barbara Whitman;  you can see her slide presentation here.(Under "General & Behaviour")

Before attending this I had read of and heard other parents talk about overlaps between PWS and autism, but had never seriously considered whether this might be applicable to my son or whether it would even be worth investigating.  However, the detailed discussion of the defining characteristics of autism (deficits in social communication and social interaction, and repetitive and restrictive interests and behaviours) in this presentation convinced me that this may indeed be relevant to us.   One of my most memorable moments from this session occurred during the lively question and answer period when one speaker argued that receiving a diagnosis of autism for a child with PWS should not be seen as evidence of another problem that the child has to face, but rather, a means of dealing with existing challenges.  Her suggestion, therefore, was that such a diagnosis should be welcomed rather than feared.   Based on my experience so far, I'm inclined to agree. If my child becomes very obsessed (as he did) with a particular TV series (Dr Who) and knew everything alone about the characters, and the actors, and the locations etc.  and then became obsessed with a particular actor, and say, the next child with PWS doesn't do this at all, it doesn't mean one "has PWS" and the other "has less PWS", it simply means that working with my child's autistic-like behaviours means you need to understand him differently.  There are so many different ways that these autistic-like behaviours emerge in PWS.  My son also gets very focused on unusual aspects of things.  For example, he had 3 charts on which he filled in the World Cup scores each day this year.  BUT he was far more interested in trying to work out what time the different teams would go home at (after they lost) than the actual results of matches.  I heard all about plane journeys from one location to another each morning!  He also went through a period of being intensely interested in time zones and talking about what the time would be in different locations.

I regularly have to explain to him why jokes are funny.  He finds it really hard to infer meanings or deal with anything that is not literal.  Once he got a spelling wrong in school (9 out of 10 instead of his usual 10 out of 10).  He got very upset and the teacher explained to him that getting 8, 9 and 10 were all excellent results.  That was grand, but he now cannot accept that 10 is any better than 8 ... because they are all the same and are all "excellent"!

There are so many aspects to "PWS behaviour" that we can't really just lump them all together and deal with them as just the same.  More and more we are learning that under the umbrella of PWS there are so many real individuals!

For years, it has been noted that individuals with Prader-Willi syndrome (PWS) have problems with saliva production resulting in dental caries/cavities, loss of enamel and severe tooth wear. Recent studies on “Salivary Flow and Oral Abnormalities in Prader-Willi Syndrome” as well as the study on “Severe Tooth Wear in Prader-Willi Syndrome: A Case control Study” done by Saeves, Nordgarden, Espelid and Storhaug (2010 and 2012) from Oslo, Norway continue to support and validate these findings. The challenge now facing those with PWS is what to do to prevent and/or manage these problems. The following resource provides an overview of these dental problems 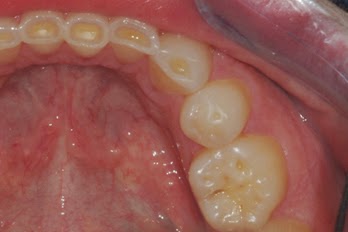 along with some possible approaches.

ENAMEL EROSION is the wearing down of the protective coating (enamel) of the teeth.
When enamel wears down, microscopic channels in the tooth open up and become exposed. Most people with this problem complain of discomfort and pain. However, since persons with PWS have an altered pain response, they may not experience this sensation.

SEVERE TOOTH WEAR / GRINDING (also called bruxism)
Occurs most commonly at night. When teeth grinding occurs on a regular basis, teeth can be damaged and other oral complications can arise - often seen in both children and adults with PWS.
11
Causes:
Treatment: 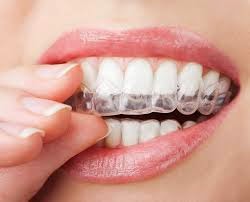 EMPOWERING PARENTS
Posted by Tui Chizown at 16:37 No comments: