My daughter and PWS

Last year when my then 3-year-old daughter was attending a preschool her teacher stopped me one day to report an observation.   My daughter, she reported, was remarkably understanding and relaxed around a particular boy in her class.  This boy had autism.  He was nonverbal, 3 years older than my daughter, much bigger than her, and frequently had meltdowns in class.  In contrast to the other children, who were afraid of him, my daughter would sit beside him.  She would talk to him even though he didn't speak back.  She would bring him PECS cards to help him understand when it was time to transition to his next activity.  And she appeared totally unfazed by his meltdowns.  According to the teacher, the many professionals who worked with this boy had all remarked on how this very small girl seemed to understand him and accept him just as he was.

My daughter's teacher did not know that my son has PWS.  I feel quite sure that my daughter was drawn to this boy because of her experiences with her older brother.  Listening to meltdowns, is, unfortunately, something she has grown up with. 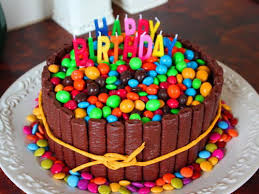 More recently I found my (now 4-year-old) daughter alone in her bedroom planning an elaborate junk food feast for my son's 90th birthday.  That's right - his 90th!  I asked why and she reminded me that I had once said that when people are 90 they can do whatever they want.  Apparently I had said this when she asked why her Granddad was allowed to eat junk food when she and her brother were not.  Her brother was with her at the time and had sought clarification as to whether people who had PWS were also allowed to do whatever they wanted when they were 90.  I had laughed and confirmed that it did.  Clearly, my daughter remembered this, which was why she concluded it was reasonable to plan a junk food bonanza for his 90th birthday 80 years in advance of the actual occasion.

PWS has been a part of my daughter's life since she was born.  She understands that it is why her brother sometimes has to go to hospital, why he has to have such a small amount to eat, why he cuts his skin, and why he becomes so very upset so very often.  As a two-year-old she occasionally claimed that she too had PWS and at different times demanded a back brace, a CPAP machine, daily injections and, most importantly, my attention for her (pretend) physio routine.

Like many parents of a child who has PWS who also have one or more children without the syndrome, I've wondered what the impact of PWS on her life will be.  I've worried that one day she will feel forced to take on the responsibility of advocating for a sibling whose needs may be greater than his parents can handle.  I've worried that she may feel neglected because her parents spend so much time with her brother.  I've worried that she will develop an unhealthy relationship with food having grown up in a house where food is treated so unusually and guarded so closely.  And I've eagerly embraced all reports from adult siblings of people who have PWS who have claimed that their experiences with their sibling were more positive than negative.

The truth, of course, is that I don't know what the impact on my daughter will be.  Nor can I know how she will evaluate the experience as she grows older.  Despite this, I feel a need to believe that my daughter's experience in a household affected by PWS can be positive and that its (unavoidable) negative consequences can be offset by experiences that will teach her valuable lessons and help her to value and enjoy your own life.

So, I've made a deliberate choice to interpret her actions and reactions as positives not negatives.
I felt happy when my daughter's preschool teacher told me of her relationship with her classmate who has autism.  I have chosen to believe that her experience with her brother will help her be open to all people and as a result will enrich her life and help her be happy.

I also felt happy when I found my daughter planning her brother's 90th birthday party.  I have chosen to interpret it as a sign of her growing empathy and a growing sense of injustice that her brother cannot enjoy what others can.  I have chosen to believe that these qualities will help her make a contribution to the world and find fulfilment in her life.

In evaluating her experiences of living with a sibling with PWS I also hope that she will follow my lead and focus on the positives more than the negatives.