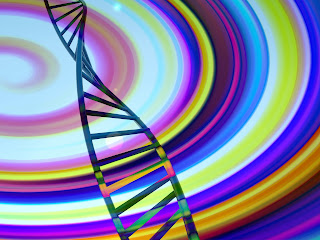 When I first knew anything at all about PWS, there was nothing mentioned about genetic subtypes.  Either you had PW, or you didn't.  The thing was, in those days (some 30 years ago now) PWS was diagnosed clinically by the characteristics that presented themselves.  And, of course, often these characteristics were not very apparent in the small baby or growing child.  Often diagnosis was made in hindsight once the person had reached his or her teenage years and was presenting with obesity, non-stop eating habits, and challenging behaviours.

Making a genetic diagnosis was difficult and blood samples had to be sent away so that results were often weeks and months later.  Even then, the diagnosis would come back as a "yes" because a deletion on the 15th chromosome had been found, or "no", because the deletion had not been found.  And, as we know today, just because there is no obvious deletion it doesn't mean the diagnosis of PWS is incorrect.  A maternal disomy diagnosis (where the developing embryo has picked up two pieces of its mother's chromosome, instead of a bit from its father's) won't show up as a deletion.  And certainly the third diagnosis of imprinting, won't show up as a deletion either.

Scientists began to realise there was something more to diagnosis than just looking for a deletion and the breakthrough of different subtypes was made some 15 or more years ago.  What does this mean?  To the scientists and researchers, it is quite a significant breakthrough genetically.  To behavioural specialists, psychiatrists, psychologists and those who manage the behaviours, it is also a significant breakthrough and much work has been done on looking at the three types as individual groups, ie, those with the Deletion (also known as the Type I deletion), those with Maternal Disomy (also known as Type II), and those with the Imprinting.  To understand the theory behind all this, have a look at the article by Merlin Butler and Susie Cassidy.

Studies around the world have been done to try to identify different types of behaviour, and characteristics -  such as a pretty unique ability to complete jigsaw puzzles  (for those with the Deletion), a lighter skin pigmentation (for those with Maternal disomy), similarities with autistic-like behaviours (for the Imprinting),  a higher IQ for the Maternal Disomy group (often leading to more challenging behaviours) and many others.  But the main thing to realise about all of this is that your child is unique.  He, or she, will have many attributes gained from his or her upbringing, siblings, family environment that will make him/her quite different from any other child with, or without PWS.

We know that if it weren't for the scientists, researchers, and medical teams around the world, there would be no gains made in the strides taken to understand the syndrome, but we must also never forget that if it weren't for the parents' concern and love for their child, we would never understand the person behind the label of PWS.
Posted by Tui Chizown at 14:26 No comments: 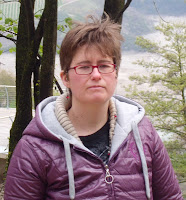 Michela, a young woman with Prader-Willi syndrome. is getting married in October this year to Roberto. It all began by chance at the New Year’s Eve party on 31 December, 2007 when, in celebrating the coming of the new year, they met. Michela and Roberto did not know each other until then, but they both belonged to the same sports club where Michela practiced swimming, and Robert tennis-table, but for various reasons neither had seen the other. 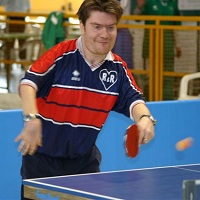 "A party where,” says Roberto, “we were one of 20 athletes from the club among friends and others; one of those lucky chances.  Most of these guys at the party were from the PHB POL Bergamo non-profit organization where both Michela and I do competitive sports.”

While there he was enjoying singing and dancing, “then, I saw Michela and, believe it or not, we were sitting at the same tavolata but we had not even introduced.  There she was sitting all alone while the others were having fun, so I said at once, ‘you can’t not have fun!’”

“Then I went over to her and asked her to dance, and after a few attempts I managed to convince her and that was the start to our wonderful story.  We went with some friends to have breakfast in the morning and later, I jokingly told her not to go home and say that had found a boyfriend, but really it was so!”

“Then we began to go out; I knew her parents, both lovely people who welcomed me immediately.  We were all going carefully and slowly; Michela met my parents (she has a soft spot for my dad), so our story went on.

“Hand in hand together we faced all the difficulties we had to encounter (difficulty dealing mainly with the food, but also the fact that, however, I could not leave her alone) and thanks to her and my parents, we have every time  tackled every difficulty , resolving them without drama but with the understanding that we would always have to resolve them.

After three and a half years of engagement where Roberto and Michela  continued to get to know each other, share the same sport, do the same activities with the same enjoyment, they began their life together.

Roberto, who works as a surveyor, has renovated the apartment according to their needs where they have lived for one-and-a-half years already, in their made-to-measure apartment
.
Michela is a multi-champion of Italian swimming and table-tennis and competes to have fun while Roberto says, "I really like to share all the emotions she feels and be close to her in every moment of her life and be able to make her happy.  For me it is my real victory in my life, and I know that the day has come that is the beginning of a life unique and special just like Michela is.”
Posted by Tui Chizown at 12:04 No comments:

This Sunday (at least Downunder) it's Mother's Day.  A commercial gimmick, yes, and one that normally I don't worry too much about, as a mother.  But I always recognised it for my mother and loved the fact that she had a special day.  And, of course, there's Father's Day, and, bless him, he never really minded another pair of socks, or a plastic-handled screwdriver.

In a way, it's really more important for the children than it is for the parents - and it gives them something to think about!

So every year I get a card and a box of chocolate-coated almonds from my daughter - the one with PWS. In spite of, or probably because of, her disability around food, it's the one thing she loves to share and buy for others.  Fortuitously, all these gifts have arrived uneaten.  So far.  But it's the card I love best.  It usually says the same thing, but it still makes me a little teary when reading it:

"MUM!!
Happy Mother's Day.   It may not seem like this to you in the 28 years you've had to put up with me.  I know it hasn't been easy and we've had a few really troubled times.  But every second of the Day you've been there for us kids, especially me.  There has never been a second that you've wanted to Give up on me or the other two.  Mum Ure the BEST and I couldn't have asked for a better Mum.  Words cannot express how much you mean to me, your love and support unfaulting.  I couldn't have had a Better Mum than you.  Thanks Mum.
Love for ever"

I'm pretty sure my daughter is not unique in her effusion for her mother.  There does seem to be a really strong bond between the child with PWS and his or her parent(s).  Usually it's the mother who holds that bond, for some reason.  Often the two parents are played off against each other and, with the limited understanding of the child, it becomes "love you/hate you" when simmering point is reached.  But, no matter what the situation (and I see, this year, my daughter has lifted the level to "really troubled times"... with good reason...), there is this undying love expressed in a way that only they can.

The "troubled times", although extremely difficult, have to be assigned to the syndrome and, if possible, not to the child.  Hard as it is to let the issue go, if you can eventually see past the trouble and recognise the vulnerable child underneath (no matter what their age), then this is your reward.

So, to all the mothers around the world, no matter what the day, "happy mother's day" to you!
Posted by Tui Chizown at 09:00 No comments:

This topic is a very serious one on many levels.  First, we all know that people with PWS have what is medically termed, hyperphagia.  (Greek words meaning "very much" and "eat".)  What it means in the PWS world is an inability to stop eating.  There are other disorders than can also cause this excessive appetite and lack of control:  diabetes, Kleine-Levin Syndrome (a malfunction in the hypothalamus) and Bardet Biedl Syndrome.  And there are many other issues that can cause hyperphagia as well - namely


There are some links here, and I'm sure you can spot them: anxiety and diabetes.  Both these are often cited as causes for over-eating in the normal population (yes, I know, I always debate whether to use the word "normal" as well... but for the sake of this post, I'm choosing "normal", with reservations!) as well as in the PWS population. 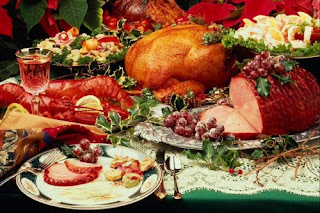 When we think about death through over-eating, we tend to think of people who have grown so huge  that their obesity eventually killed them (usually through vital organ failure). Interestingly, in Wikipedia there is a short list of six famous people who apparently died from over-eating:
I imagine many of you have seen those "fattest person in the world" documentaries where they are usually so large they have to have some sort of wagon system to get them from A to B.  Personally, I hate to see these as they seem to suggest it's ok to be that large, it's ok to laugh at large people, and it's apparently ok to make media footage at their expense.

But I want to get back to my original point which is that people with PWS have a genetic and hypothalamic imbalance that causes the brain to cease signalling the stomach that it's full.  Many people with PWS do die at extreme weights and it is this obesity that has been a major cause of death.  However, many people with PWS are not obese, and yet can still die very suddenly from over-eating.  Just like our list of six above - although, quite obviously, none of these people had a genetic deletion on the 15th chromosome, and all would have had the capacity and cognitive ability, should they have wished, to eat sensibly.

It can be very difficult to understand that a normal-weight person with PWS can die suddenly from overeating.  They look normal.  They are not overweight.  They have not been seen to be overeating.  Yet, suddenly and inexplicably, they suffer serious stomach pain, vomiting, and are rushed to hospital.  What has happened to cause this sudden death?  Most often it is a stomach rupture and the seriousness of this cannot be over-stressed.

The main symptoms of stomach rupture, or necrosis, are these:
If you, as parents or caregivers, are aware of any of these symptoms, it is imperative you get medical help.  Just recently, I attended the funeral of a young man who complained of a 'tight tummy' and who had been vomiting.  He was rushed to hospital, but unhappily it was too late.

There are other causes of abdominal pain - of course there are - and the reasons for this could be far less drastic than gastric necrosis.  As our PWS population grows older, there are more health issues to consider.