It has been a while since I posted anything about my daughter.  She has just celebrated her 35th birthday.  She was diagnosed when she was 2 yrs, so that's 33 years of my life dedicated to, dictated by, and marked out by PWS.  I have survived, her sisters have survived, our marriage has survived, and she has survived albeit with a few brushes with the law including a one-year remand in a lock-up facility which is a deviation from being in prison for those with mental disabilities.  It's a whole other story.  We've survived a lot, as I know so many other families have also.

I look back on those 35 years and often wonder how we did it.  I think it would have been almost impossible without the help and support of various agencies and Salisbury School (a special residential school where she went for 4 years), not to mention the residential care she now receives.  I know that many families have not had this privilege and many more face basic educational rights as they advocate year after year for their child's rights.

My daughter did not receive growth hormone treatment as it wasn't available here at the time she needed it most.  However, here in New Zealand our PWS Association fought the medical agency that controlled all drugs and their subsidies, and petitioned the government and didn't stop until we gained recognition for PWS.  Being a small country, it was easier for us to trace nearly all families and visit all areas to provide help and support, knowledge and training.  It was not easy, but I look back and think we were lucky to have the energy and determination as a parent group to do this and get results. 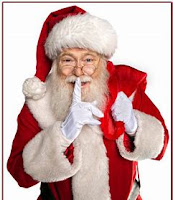 Meanwhile, at the age of 35 my daughter has gained confidence, learned life-skills and I can see huge improvements and accomplishments achieved.  She is still, of course, naieve and child-like in many respects as she has just demonstrated when our large family decided that a Secret Santa might be the way to go this Christmas.  She sent a text to both her older sisters, "I would still like presents as I am a special adult.  I'm kind of a kid in a adult's body.  I would love a voucher for some books/I need a cotton duvet cover, queen size, at least 500 threads."  You might say 'naieve', you might say, "pretty much got that covered!"

She, like so many of our kids with PW, is warm-hearted and generous.  To a fault.  Her nieces and nephew are always getting presents from her - and she is a very skillful present-shopper.  I rely on her to pick the best presents for the grandchildren as she just knows what's in and what's out.  On the other hand, she phoned me recently to tell me about a man she'd 'met on the internet' who needed help.  "He's been to social services and they won't help.  He's been kicked out of his home.  He's hungry and needs food.  I've got food that I don't need (!?) and I've said I will meet him and give it to him."  I'm pleased that she phoned me first.  With some good explanations as to why this might not be such a great idea, she has agreed not to meet him.  However, she did suggest she gave the food to the police and they could go and find him...  Probably not such a great idea either, I countered. 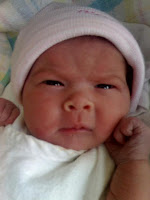 All her life she has loved animals and dolls.  As we've always had animals from donkeys to chickens, I'm not all that surprised.  I'm not unduly surprised by the dolls, either because many girls and women with PWS have a grand collection of dolls.  But this year it has been a challenge because she wants a 'reborn' doll (no, I didn't know either, but they are dolls that are the same size and weight as newborns and are so realistic it's unnerving).  These dolls - the best ones - are hand-assembled, painted, with real hair implants... you get the picture.  They also cost nearly $1,000 in our money.  Her heart was set on owning one, "it's the closest I'll ever get to having my own baby".

After trying to dissuade her, I gave up and decided that if she could save up until she had enough money, she could have one.  I thought this would teach her the benefits of saving, plus patience.  All went well until the woman she was texting about her reborn asked for a deposit.  That was not part of the plan, I said, we agreed to buy one when you had all the money.  All hell broke loose.  There was an all-day and most-of-the-night tantrum.  The only way through this was to write down the cost, time it would take to pay off, likelihood of disappointment, the cost of custom's tax, insurance, etc etc.  Finally she settled on a less expensive doll that she could purchase outright - but wait!  She had enough money by now to buy two... so, as I write this, we await the arrival of two new-borns into the family.  I only hope they come up to expectations.

There are so many different things about PWS - and I'm not talking the scientific genetic stuff - I'm talking the human differences, the unexpected behaviours - good and bad - the insights you get into an unfiltered mind, and the learnings about human nature.  It's not what any of us asked for or expected; it's a struggle, at times an absolute torment and misery.  You are kept on the alert, seldom fully relax, trying to be one step ahead and skating on ice at the same time.  There is constant negotiating, phone calls, bargaining;  I've never known anything like it... for 35 years.  But, when the sun shines and the birds sing and all is quiet, you can sometimes imagine the world to be an ok place...
Posted by Tui Chizown at 10:51 No comments: