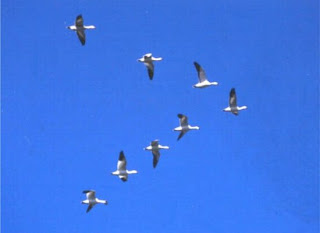 I think it is so interesting to see that the problems we may face with our own child, are often exactly the same as those all over the world.  Proving that we are one big family, I thought you would like to see the contacts our CE (Giorgio Fornasier) made during last year.  The list is long, and it will always be endless, but by contacting us here at IPWSO we can find someone, somewhere in the world who will be able to help...

:
A desperate mother from () with a daughter with severe obesity and behaviour problems contacted our office. We copied her message to PWSA Argentina and asked Dr. Linda Gourash to help. She was very kind, contacting the mother in Spanish and sending her articles. Also Fernando Briones, President of Madrid PWS Association, contacted this mother and offered assistance and information material in Spanish.
Brazil:
We assisted a mother in asking for information and sent her all files we have about PWS in Portuguese. After ESPE a doctor from Brazil contracted us and accepted to be the professional delegate for his country.. This can be a good start to try to get this important and complicated country organised again:
Bulgaria:
We received a request from our professional delegate and sent her all files included in our educational packets by email, which were duly received. We hope they are going to translate them in Bulgarian.  We assisted Dr. Violeta Iotova from and gave her information about GH through our Scientific Advisory Board.
China:
It is good to know that we keep our contacts in China active and doctors representing IPWSO do appreciate the scientific articles we send them by email almost every month.  We have the Medical Alerts booklet available in Chinese in pdf format now and will probably print a few hundred for distribution at next ESPE in September 2012.
Colombia:
We received positive news from Colombia, as there are new mothers who seem very active in their support group or association. We sent them some articles in Spanish and put them in contact with our friends in Spain.  Our parent delegate in Colombia needed urgent assistance for a couple of cases she had and our advisors helped her promptly, together with the precious help of Madrid PWS Association as well.
Georgia:
Georgia is a new IPWSO member. We have been following this country for a long time and assisted with providing free blood samples through BIRD.
Hong Kong:
Hong Kong is a new IPWSO member.  We have been following a very positive contact with a family through PWSA USA. We are lucky, because both parents are also physicians so they can cover both delegates’ positions, as we have in Cuba and Mexico.
Hungary:
Our parent delegate in Hungary informed us that they participated to a transmission on PWS that was broadcast by national TV. Dr. Aurelia Szekely from the Romanian PWS Association accepted their invitation to give the short live report in the studio. On 23.07.2011 we received an email with a lovely group picture saying that they were very happy to inform us that they established the Hungarian Prader-Willi Association.  A doctor from Hungary came to our booth at ESPE in Glasgow and delivered 11 blood samples of 11 patients to make free methylation tests at BIRD.
Iran:
PWSA USA copied our office a message they received from a lady in Teheran, who was very worried about her step-daughter’s behaviour. We sent her some articles on PWS and copied her message to our professional delegate in Teheran for further assistance. Dr. Linda Gourash assisted her directly and we mailed this mother a copy of the DVD “Food & Behaviour”.
Jamaica:
We received a message from a doctor in Jamaica saying that she is following an 8 year old child that has many clinical features of PWS. She informed us that unfortunately the methylation test is not available in .
Japan:
We had several contacts with after the earthquake and Tsunami they suffered. We expressed our solidarity and copied our delegates the many messages we received from all over the world.
Libya:
We received an email from a desperate mother in . Due to the civil war there, we could only give her the name and address of our professional delegate in .
Macedonia:
We had a case of a girl with PWS in who needed urgent treatment in a rehabilitation centre in . We gave her first assistance and asked for help from Norbert in Germany.  The young girl was able to go to Germany for some months and Norbert’s organisation covered all her expenses. Her mother is now our parent delegate in this country.
Montenegro:
Following a contact with PWSA USA, we assisted a mother in Montenegro who needed a doctor speaking Serbian to follow her daughter. We had several emails and we understood each other using the Google translator. Our professional delegate in Bosnia Herzegovina was very helpful too.
Russia:
We received an email from Russia from a father saying they have a confirmed diagnosis of Prader-Willi syndrome. In Russia there is not enough literature about this rare disorder so he asked us to provide as much information as possible (in English) about the treatment of diabetes mellitus II and morbid obesity for patients with PWS. We sent him all material we have in Russian and gave him the address of our professional delegate in St.Petersburg .
Saudi Arabia:
We established good contacts with a doctor who works at the Obesity Research Center of King Saud University, located in . In their clinic they have seen many patients with PWS. They are now starting a local support group and asked if we can guide them or give them some advice and assistance.  We also assisted Dr. Suzan Mushcab from who asked about a center in that can handle hypothalamic obesity post craniopharyngioma surgery.
Serbia:
Through PWSA we got in touch with a mother from who needed information and assistance in her language. Our professional delegate in Bosnia Herzegovina Dr.
Toromanovich offered to help.

I know many of us will remember the time before email and that we actually hand-wrote letters and posted them, but I don't know where we would be today if we never had that wonderful invention of @. 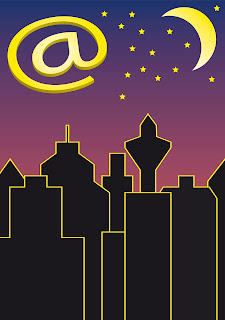 It's always about the food...

Here it is, Sunday early afternoon, and I hear, "Is someone coming down for lunch, or are we just not eating today?"  It's my daughter, the one with PWS.  I know I won't be able to finish this blog until she's had lunch... so...

Later:   This week has been a little tiring insomuch as food has been even higher on the list of priorities.  We've had a wedding and a baptism to attend and, of course, this is always around food in one way or another.  I remember when she was very little, before she was diagnosed, we went to Church one Sunday, and I took her up to Communion whereupon she thrust out her hand to the Vicar and demanded to be fed, "I want bread!  I want bread!".  Unfortunately, at the same time, she upset the chalice of red wine all down his white cassock.  I didn't know quite where to put myself and quickly carried her down the aisle to our seat, with her demanding very loudly all the way back, "I want bread! I want bread!"  I don't think it went down all that well with either the Vicar or the congregation.

Trying to avoid food issues is a huge struggle for most of us: parents, caregivers, family or friends - whoever the person with PWS is with, and it is quite possibly the most tyrannical issue to deal with.  Society demands that food is a natural part of socialising.  As our sons/daughters get older, they know this and adapt their tactics accordingly... they know that in a crowd of people, parents are less likely to refuse them food as the thought of a socially embarrassing outburst is not what they want.  My daughter, particularly.  What's more, she's extremely adept at manoeuvering her way out of sight, and picking her times when I'm deep in conversation. I find social events a huge trial and would rather stay home than face the test! 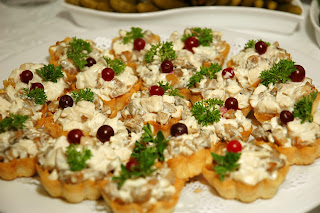 Last week as we were struggling to reach 35 lengths (walking) up and down the pool, the chief topic of conversation was, yes, food.  It's all about what she wants me to buy, whether I have this, or that on the grocery list, when I'm going to get it, what looks as though it's about to run out etc.  Whenever she comes shopping with me, and this is something I do try to avoid if at all possible, I notice that she always puts two of whatever into the shopping trolly.  Two packets of this, two packets of that.  I always take one out, saying we won't starve and the car won't break down, so we can always come back.  But she seems to harbour this inate fear of running out of food and won't stop her habit of storing.  She also has a cat which is here with us at the moment - that cat has such a backup of food that I swear we could feed all feral cats within several miles.

I asked her the other day whether she felt full after her meal.  She said she did.  She knows the difference between feeling hungry and feeling full, or even just feeling ok.  She can even hold off and wait for a meal if she's busy doing something else.  Once all the food has been cleared away and cupboards locked, she doesn't food-seek or ask for food until she judges it time for her meals.  But she is a fully-fledged opportunist and should any opportunity for accessing food arise, she will take it.  So, it's always a situation of being 'on guard', locks secured, guests warned, and situations scanned for any weak spots.

I know it will never go away and I know I will never hear the truth about what happened to the packet of biscuits left out on the bench, and I know there will still be slip-ups with who's got the key, and I realise I will never get the better of the social situations either, but it's amazing how quickly you learn to to use those eyes in the back of your head, practice your own sleight of hand, and to lie, yes, outright bareface lie, about things to do with food. 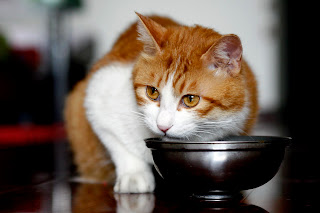