FPWR Canada rose with style to the huge logistical challenge that was involved in organising a parents' program, a scientific program, a caregivers' program, scientific workshops, a people with PWS program, and a host of other meetings and events all across the course of a single week. The smooth running of this complex event is a great testament to their energy, skill and high standards. 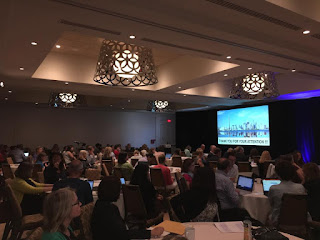 The atmosphere at the conference was as impressive as the logistics with a genuine warmness and spirit of cooperation evident throughout the week.  From conversations in lifts and corridors, to mealtime encounters and formal presentations, everyone seemed eager to help build the "global community" described in the conference's title.

As at every IPWSO conference the opportunities for parents to interact with professionals and vice versa stood out.  So too did the many interactions between people from different countries and cultures who educated each other on how they manage PWS and the challenges they face. Everywhere I looked I saw business cards being exchanged and suggestions being made as to how one person or association could help another.

The gala, which was effortlessly hosted by Keegan Johnson, included an array of special moments including well-deserved awards for Dr. Suzanne Cassidy, who has worked tirelessly as IPWSO president for the past 6 years; and Dr. Glenn Berall, for his outstanding work on behalf of people with PWS in Canada .  The eloquent, humorous and truly inspirational speech by Megan Michie, who has PWS, received the loudest applause of the night, although the beautiful singing by Giorgio Fornasier and Monika Fuhrmann came a close second.
Outside of the gala there were many inspiring and touching moments too.
The speech by Dr. Tom Hughes, President and CEO of Zafgen, which he made on the day after Zafgen announced it was ceasing the development of beloranib in Prader-Willi syndrome, was surprisingly moving.  Dr. Hughes promised that Zafgen would share the information it had collected to help others engaged in drug development and was warmly applauded by the large crowd as he left the PWS stage.

The presentation by Loisel and Marlen from Cuba in which they spoke with passion about how, with help from IPWSO and others, they have worked to bring the PWS community in Cuba together was one that will stay in my memory for a long time to come.  The standing ovation they received was as warm an ovation as I have ever heard.  Later in the week at the IPWSO General Assembly the same couple successfully bid that Cuba would host the 10th IPWSO conference in Havana in 2019.

Overall, it was a wonderful conference made possible and successful only by the willingness of individuals and organisations to work hard and cooperate in the interests of the global PWS community.  Congratulations to all involved!

At the end of the Conference, IPWSO held its General Assembly where the new board was inducted.  We are sorry to say farewell to those members who have worked tirelessly for the past 6 years, but excited to introduce our new Board to you all. 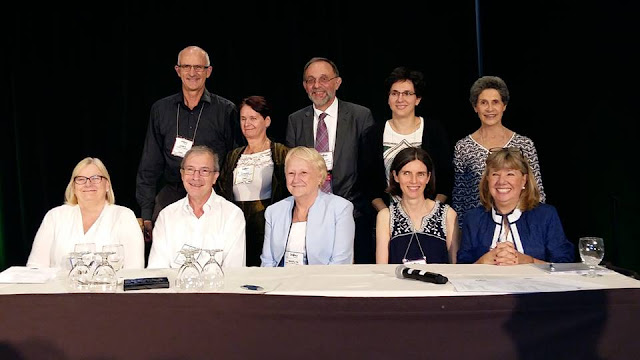