Living and Working with Prader-Willi Syndrome 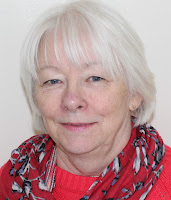 It is one of life’s little ironies that before Prader-Willi syndrome (PWS) came into my life I was a very picky eater, and with such a small appetite that I was very underweight until after both my children had been born.

My first child was a daughter, Esther, born in 1978 by Caesarean section. It was immediately clear that something was amiss. She was very floppy and could not suck. I stayed with her in hospital for a month while they carried out tests. Down syndrome, cerebral palsy and some sort of muscle problem were all ruled out, so we were discharged from hospital with a catch-all diagnosis of “failure to thrive”.

And it was another of life’s little ironies that, for the first few months of her life, Esther was very difficult to feed. She didn’t cry and slept a good deal. We had to set the alarm to feed her, using a spoon or squeezing a bottle, to try and get even a small amount of milk into her mouth. Once she went onto more solid food, she began to pick up, and I had every hope that her initial set-backs were in the past. Her muscle tone gradually improved, but remained weak, so that she did not walk until 19 months old – quite early, I now know, for children with PWS.

What was a little strange about my adorable little daughter was that she would eat anything I put in front of her. Strange because of my own fastidiousness around food and because most little children will not eat something like cold cabbage – which a macrobiotic friend we were staying with when Esther was about three years old had presented us with for breakfast. Esther ate it with relish.
Then, around the age of four years old, she began to put on weight. Strange again. I tended to give her small portions of food which reflected my own small appetite, so why was she putting on weight?
We had been seeing paediatricians every six months or so, who were mostly happy with her progress, apart from her speech and language which was almost non-existent, though she did communicate through signs and noises and it was clear her comprehension was relatively good. When she was nearly five, and the weight gain was becoming increasingly obvious, my world was turned upside down when what was to be a routine visit to the paediatrician turned out to be the day Esther was finally diagnosed.

“I think I know what is the problem”, he announced. “I think she has Prader-Willi syndrome.” He showed me some pictures of children in a medical book and yes, Esther looked uncannily like them. He said he would send off a blood sample for a genetic test for confirmation, but even when it came back negative, I knew in my heart of hearts that this was what she had. At that time, genetic tests for PWS were in their infancy; a further test when she was 16 subsequently found the tiny genetic abnormality. The paediatrician said Esther was only the second child he had ever diagnosed with the syndrome and he could not tell me a lot about it, apart from cutting down on sweets, biscuits, cakes etc.

This of course was in the days before the internet and any type of information was very hard to come by. The nurse at the paediatric clinic gave me the address of the fledgling PWS Association, which had been set up just a couple of years previously, and was run in their spare time by a couple whose child had also received the diagnosis. The only information they were able to send me was a booklet from the USA, where the world’s first PWS Association had been set up in 1978 – the year of Esther’s birth. From that I learned that the syndrome got its name from Swiss doctors, Prof Prader and Dr Willi (along with a Dr Labhart whose name got dropped somewhere along the way) who had first described the syndrome in 1956.

Much of the booklet was quite horrifying, and I found there were parts of it I could not look at for long. According to this, my angelic little girl was going to change into a ravening monster, who ate everything in her path, and alongside of that would have severe outbursts of temper and rage. What was more, she would never develop to maturity sexually, would not have children and would be shorter than average. How could this possibly happen?

It happens, I now know, because the genetic abnormality in PWS affects the hypothalamus area of the brain. This in turn controls a number of hormones which affect appetite, growth, sleep and emotions.
I vowed that I would do everything I could to help my daughter overcome this nightmare. I joined the PWSA UK, went to its meetings and conferences, and in 1987, three years after my son was born with no problems, joined the Trustee Board.

At that time, little was known about the life path of adults with PWS – the received wisdom was that the weight would continue to pile on and few people lived past 30. I suggested that I could carry out a survey of those parents we were in contact who had adult sons and daughters with PWS. A psychiatrist from Birmingham, Dr David Clarke, became interested in what I was doing, and the results were ultimately published[i] in 1989.

And so I became by default the Information Officer for PWSA UK, working in a voluntary capacity until 1991 and then as a paid employee, sometimes part time and sometimes full time. My current role is Support Team Manager. Our support team helps families and people with PWS get the support and care they need, answers their queries about every aspect of life with PWS, and training professional care staff. I am still responsible for writing much of the Association’s literature, most of which is on the Association’s website.

So what have I learned in my 39 years living and working with PWS? 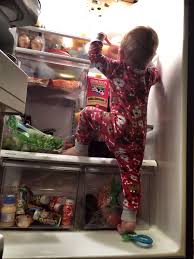 I have learned that PWS is an incredibly complex condition which affects only around 2000 people in the UK. It can unfortunately happen in any family, as 95% of cases are “de novo” – ie newly occurring. Fortunately it is rarely hereditary. The genetics are a continuing source of interest to experts in the field, as is a finding a “cure” for the excessive appetite (hyperphagia). We now know, through MRI scans of the brain, that messages from the stomach to the brain, telling it that enough has been eaten, are not fully reaching the brain, resulting in a state of almost perpetual hunger. The low muscle tone (hypotonia) which continues throughout life imposes a “double whammy” on people with PWS: they actually need fewer calories than people of the same age and height to maintain a healthy weight –the reason my daughter began to put on weight when she was a child. Not because I was giving her too much, but because she her calorific requirements were far less than for other children.

The struggle to keep calories down, together with the individual with PWS’s search for food to assuage their hunger, makes it a very difficult syndrome to live with. Not only this, but immature social and emotional development means that even those who would otherwise intellectually be able to cope (although most have learning disabilities, a significant minority do not) are not able to manage the stresses and complexities of everyday life, often resulting in outbursts of temper which sometimes result in physical aggression. There are a range of other behavioural challenges, so distinct to PWS that psychiatrists describe them as a “behavioural phenotype”.

For most families with young children who can manage their child’s diet, PWS does not impact all of the time – the outbursts may not be that often, or relatively easy to deal with. This was certainly the case for me, and Esther was, certainly as a younger woman, very good at keeping to her dietary
regime – with support from me. However, as people with PWS grow older, independence becomes a big issue. Left to themselves, in almost all cases, the person would continue to eat until all the health problems which go alongside obesity overcome them. Sadly we still hear of people dying in their 20s and 30s, although the oldest person known to have the syndrome was 74 when she died. Only a handful, though, currently make it past 60 years old.

In order to manage the difficulties of the syndrome, a few specialist residential homes have sprung up where access to food is very restricted and where staff are trained to deal with the challenging behaviours that some people have. Esther’s story is a complex one, and not all of it is to do with PWS, but she currently is doing well in a residential home where she has lived for over two years now, having lost around 4 stones in weight.

PWS has changed my life. It was never on my career agenda (who indeed would want it to be?), but it has taught me so much. I have learned not to be judgemental of people who are obese and I have met people from all walks of life and from all over the world. In my work as a past board member of the International PWS Organisation (IPWSO) www.ipwso.org I travelled to countries as far apart in culture and space as Norway and Taiwan, but in every country, the children and adults with PWS face the same challenges. I am honoured to have been asked to be the representative for families and people with PWS in the EASO Patient Council and look forward very much to meeting other members of the Council at the upcoming Congress in Portugal in May.[i]

https://www.ncbi.nlm.nih.gov/pmc/articles/PMC1291957/ – Adults with Prader-Willi Syndrome: abnormalities of sleep and behaviour.