So, you're quitting for the third time? How's that going?

Look, I'll call this at the outset; this blog isn't for the faint-hearted or very young.  This is  the warning on the outside of the cigarette packet, ok? 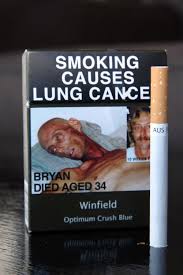 So, today she's home for the weekend and is quitting smoking, for the third time.  This time she has gum, patches, pills, an oral spray, and peppermints.  Oh, and other little cinnamon-tasting sweety things that I discovered as well.  It's a rigmarole and according to the paper-work that has come with her, I have to keep track of all of this along with every other pill she is taking.  (It is my resolve that she is pill-free by the end of the year - there, I've put it in writing - so we shall see.)  Her staff are very supportive and a few of them have also given up smoking and managed to stay off the demon tobacco. However, there are those who haven't, and, well, there's the rest of the world's smokers out there as well.

It all started many years ago at one of her residential placements where staff all smoked.  They said it helped keep them calm.  She thought that was a great idea and since she needed to also keep calm, she managed to either bludge cigarettes or they were given to her quite freely.  Or she stole them, or picked up other people's butts, or stole money to buy them.  She was totally hooked.  I, on the other hand, along with the rest of the family, could not believe she had started smoking, let alone how she was acquiring them.  I remember following her down our garden path when she was home once, camera in hand, to see for myself if she was actually smoking and whether she was drawing back the smoke or just puffing.  It was the complete draw-back, probably with a few smoke-rings thrown in for good measure, but I didn't wait to see.  I clicked the camera and made for safety.  Too late.  Furious with me, she took the camera when I wasn't looking and ripped out the sim-card.  That was quite a few years ago now.

At the time, I spoke with several friends, with staff, and with other parents who were in the same boat.  I went with the advice of letting her have 5 cigarettes a day - God knows why, but I did.  That lasted all of a week because she was clever enough to take out all the tobacco of the tailor-made cigarettes and, using cigarette papers, rolled herself seven.  I know.  Clever and cunning,  and more fool me.  Over the years things went from bad to worse and naturally the cost of cigarettes went up each time the Government prepared its annual budget.

I'd heard of Champix, a drug that has great success in getting people off the habit.  Now, the good thing is that you can get Champix on prescription which the Government subsidises.  After the birth of a few much longed-for nieces and nephew, she decided with great persuasion from us, that she would give up in time for Christmas.  For the first time.  And, to her very great credit, she did. Credit also to her supportive (new) staff.  It was difficult, because the drug did seem to increase her hot-headed behaviours, but she remained cigarette-free for many months, so much so that we all took it for granted that that was the end of it.  Success!  But sadly, I have to report that it wasn't the end of it and within the following year she had taken up smoking again.  Stress, she said.

Alarmed, I said I would help pay for another round of Champix (you only get one 'free' round of this per 12 months) and I did.  It wasn't cheap, but for the six-week term it took, I gladly paid as she was keen to try again for the second time.  Her residential staff were once again supportive and particularly great with the increased behavioural outbursts.  Once more, we were smoke-free for another 6 months before once again she picked up the habit.  Stress, she said.

After hiding it from me for a few months she is trying once again to give up.  This time she's on another drug, Zyban.  I've looked up all the side-effects and I'm not that happy.  It has to be taken along with the patches and all the other paraphernalia (as per above paragraph 1).  She's broken the programme twice already.  Stress, she said.  "And I can't sleep, so I've got this other pill for sleeping."  I'm not happy.  But this weekend she's determined to carry on with the programme and I'm doing my level best to be positive for her sake.  It's particularly difficult as for some reason 2016 seems to be an unhappy year as far as people shuffling off their mortal coils, and that disturbs her greatly. 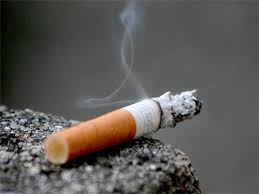 After she'd failed the Champix programme for the second time, a PW expert told me she'd always be a smoker and it simply wouldn't work.  I was in tears after that.  It's rough being a parent and trying to do your best for your child, no matter what age they are.  There's a huge and very complex issue of co-dependency (look it up, it's worth a read... and don't blame yourself), wrapped around the core of guilt that somehow makes you feel you were, and are, responsible for this person from the very outset and until the end of time.

One side of the coin I recently flipped goes all-out for good healthy living and an attempt at avoiding all the cancer-related illnesses that nicotine can bring, plus the cost of the habit when you're living on a sickness-benefit; the other side of the coin brings up "choice", that hysterically fashionable word that government agencies are wont to use in some vague attempt to look pro-active and on top of the situation.  They just don't get it, and never will.  That's why guardianship is so important when our kids become adults - it at least gives you (the parent) some sort of control over what they can and can't do when it becomes (as it so often does with PWS) life-threatening.  Sometimes it feels about as powerful as a wet bus-ticket, but sometimes it's all we've got.

You see, I know because it's happened before, that if I say, ok, your choice, she will start smoking, and there will be no limit.  Seven cigarettes a day will never be enough.  There will be a huge drive for more and that means finding the money to pay for them.  When you live on a Sickness Benefit as she does, and you have to pay for your doctor, chemist, personal stuff, and the cat which includes veterinary and cattery fees, then feeding the habit will mean everything else will lose out.  That means debt and theft, and we'll end up in court. Again.  Stress just doesn't cut it, not to mention the eventuating illnesses.

I reckon I'm fairly easy-going and if the world isn't going to stop turning, I'll generally choose to 'go with the flow', but when you step on my toes/cross the boundary/break one of my life-principles, or try to force my bottom-line to go even lower, then you'll meet a brick wall.  It's really hard maintaining that brick wall, I can tell you.  Some days it's nigh on impossible, but No-Smoking is one of my brick walls and I am determined and steadfastly refusing to let it be broken.

If you can possibly avoid your son or daughter taking up smoking, then please, at all costs, do so.  The other side of the coin of choice is everything I've just told you about. 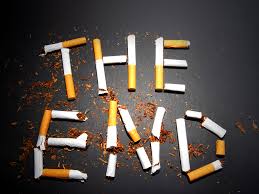